“All we see isn’t all there is.” That’s a core belief for Shelby LaLonde, local clairvoyant organizing Madison County’s inaugural psychic fair on Saturday and Sunday ... 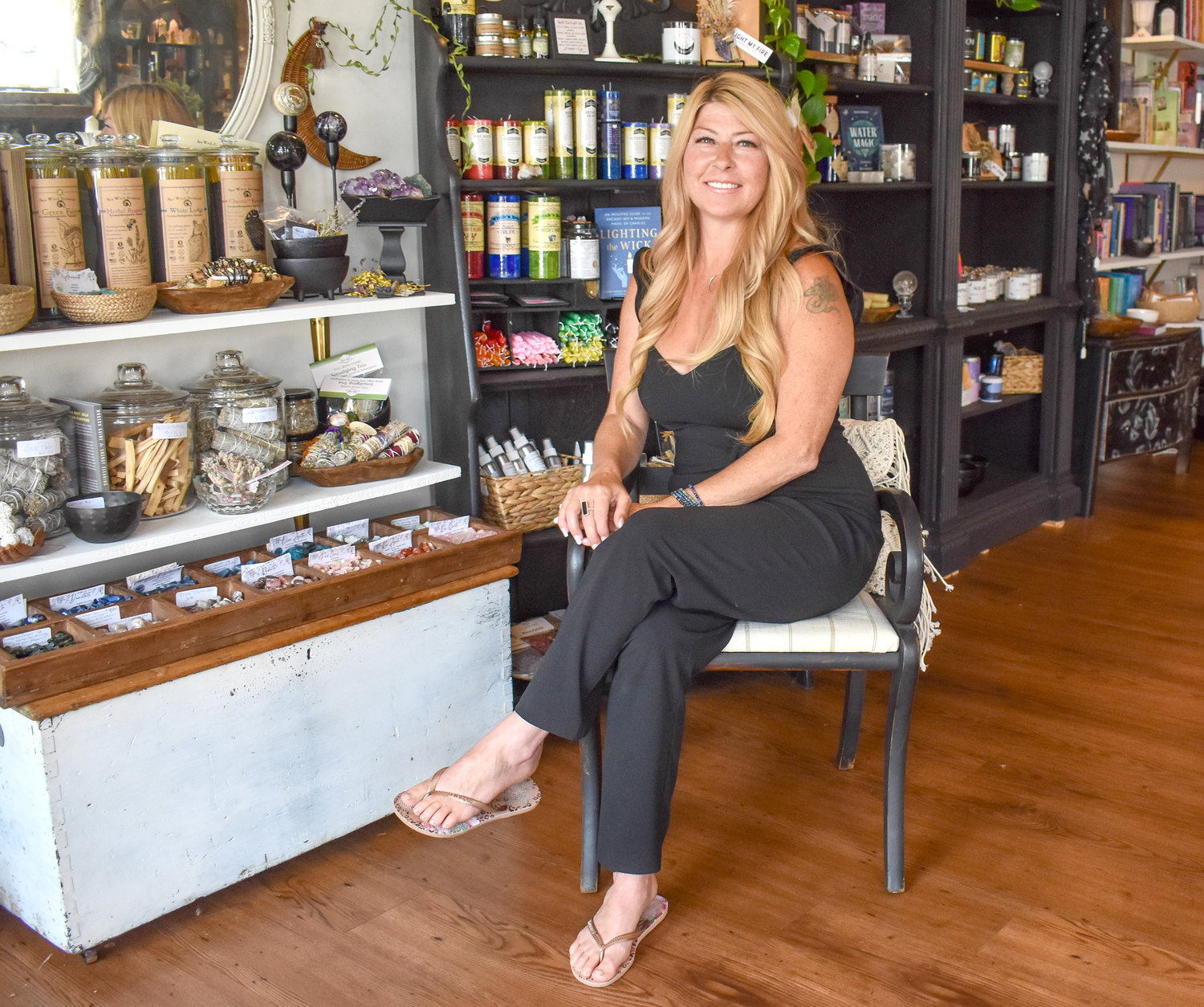 Shelby LaLonde, owner of The Magical Muse, sits in her shop at 103 N. Peterboro St. in Canastota.
(Sentinel photo by Carly Stone) 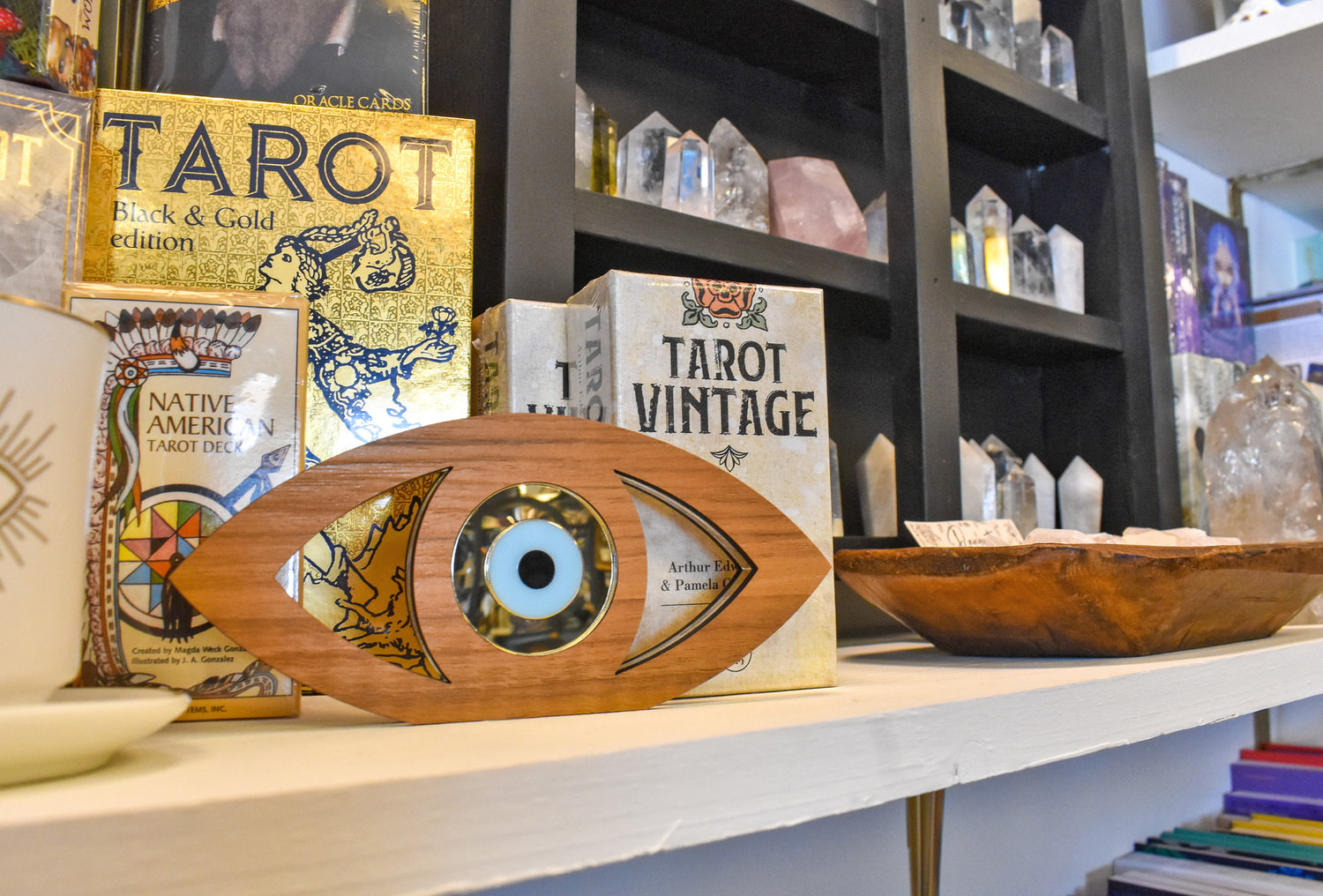 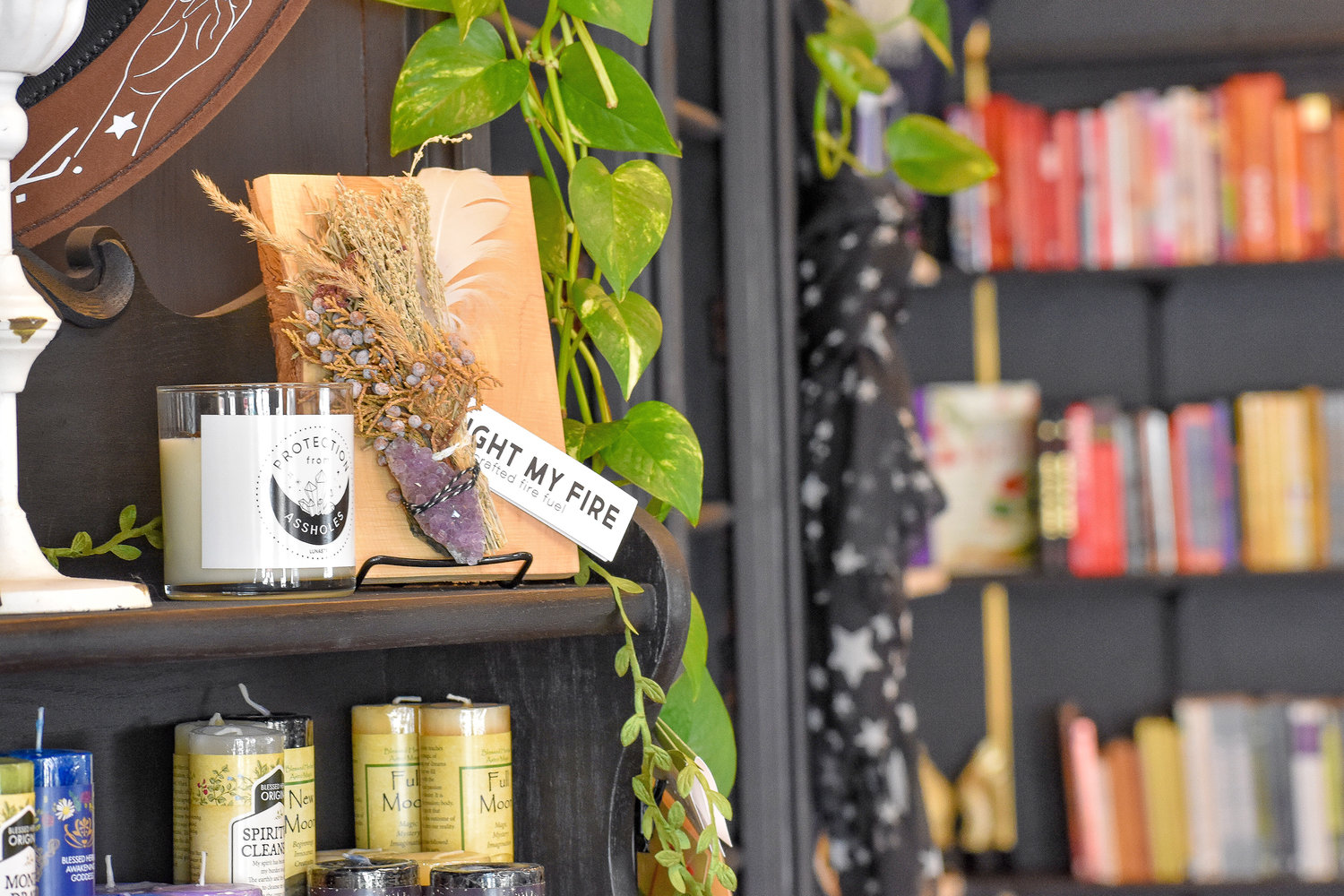 Books, candles, and a cozy interior can be found inside The Magical Muse located in Canastota.
(Sentinel photo by Carly Stone) 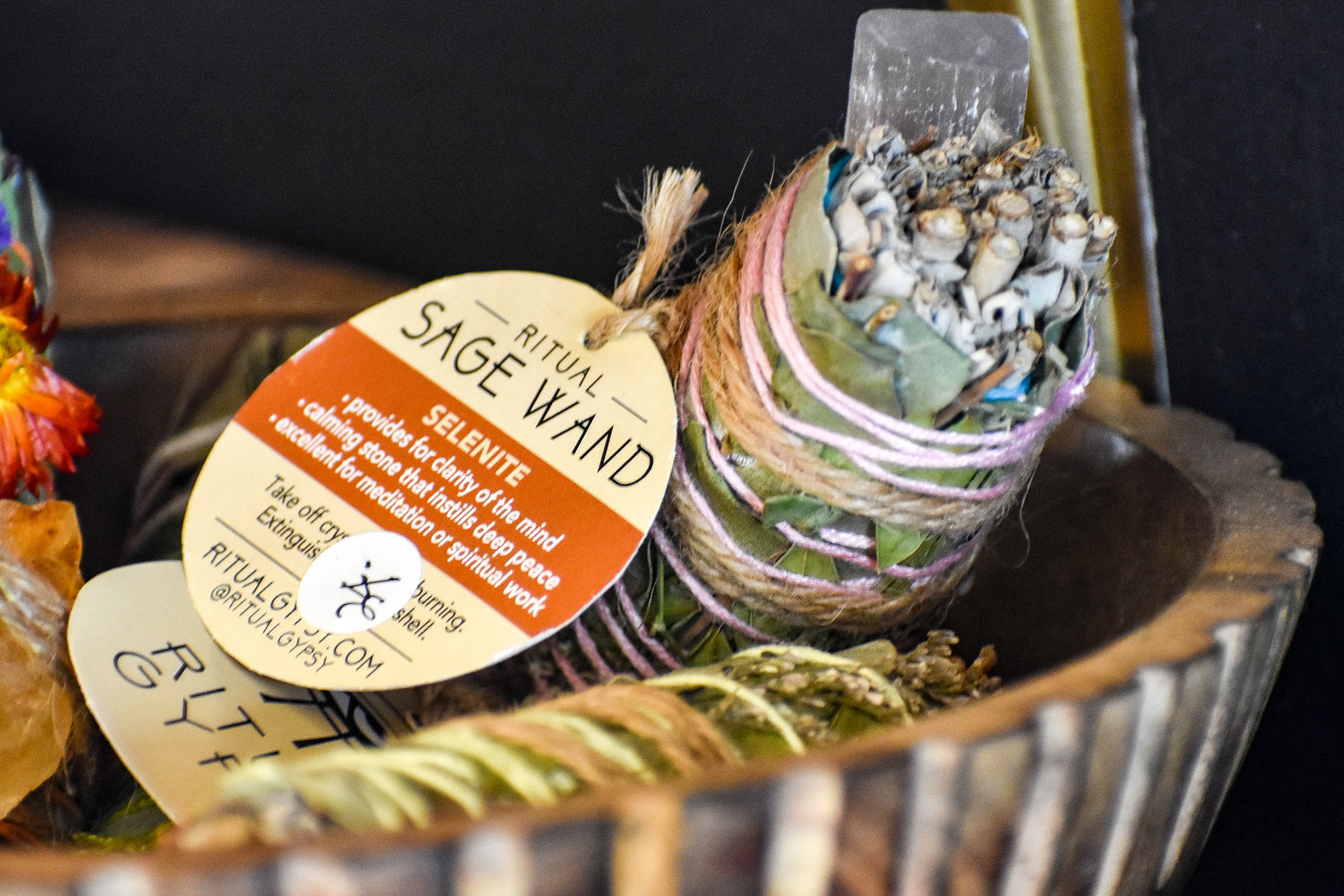 This sage wand and other natural products are available at The Magical Muse.
(Sentinel photo by Carly Stone) 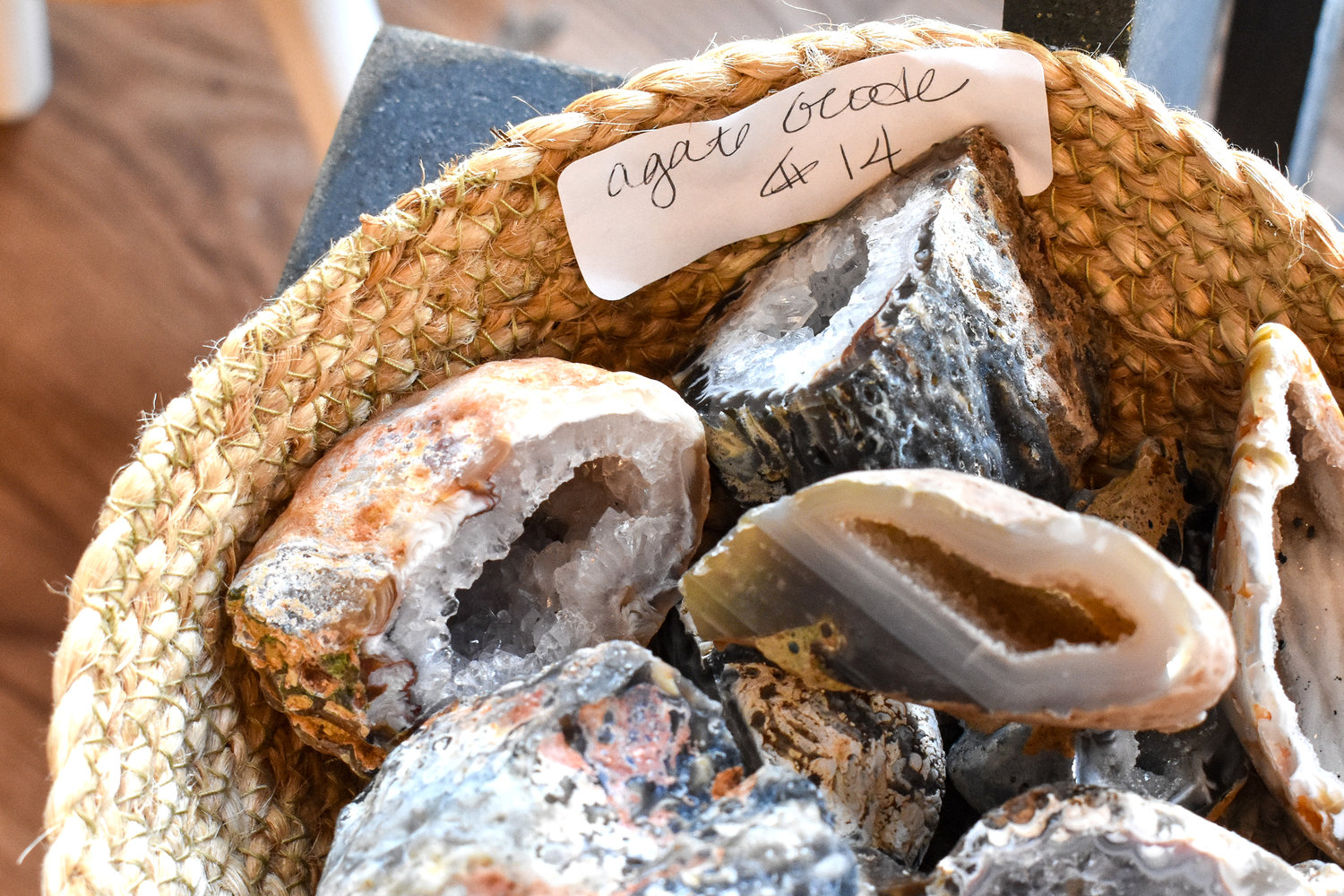 A variety of crystals and rocks can be found at The Magical Muse, 103 North Peterboro St., Canastota.
(Sentinel photo by Carly Stone) 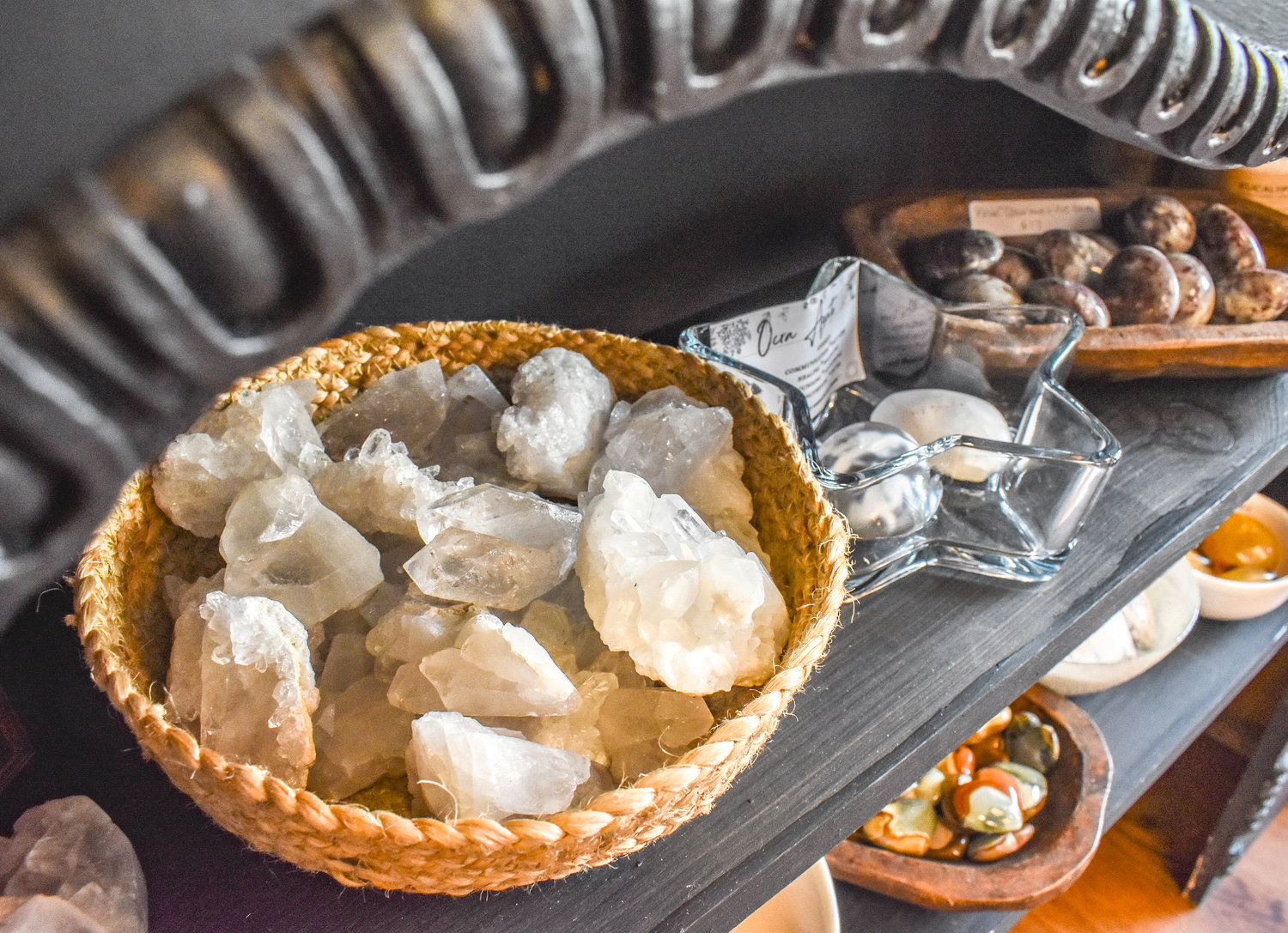 MUNNSVILLE — “All we see isn’t all there is.” That’s a core belief for Shelby LaLonde, local clairvoyant organizing Madison County’s inaugural psychic fair on Saturday and Sunday, Aug. 20-21, in Munnsville.

The summer weekend experience will feature several forms of mediumship — a practice wherein someone purportedly speaks with people who have passed on — but there will be so much more to explore beyond this category of spirituality, LaLonde explained. Along with tarot card readers, palm readers, energy healers, and reiki practitioners, there will also be workshops, classes, massage, art, kids activities, a fairy-hair specialist, food, yoga, raffles, shopping, and other accompaniments to the festivities’ otherworldly essence.

Everyone is welcome of all ages, backgrounds, and beliefs, she said. There is only one request: have an open mind.

Coming from a family of clairvoyants — a term to describe someone who claims to have the power of seeing objects or actions beyond the range of natural vision, according to dictionary.com — LaLonde noticed her own gifted intuition developing from as young as eight years old. “I kind of have just always been a little bit more aware, or open, or older than I was, as a kid,” she added.

Seeing ghosts was not unusual for the Canastota native, she said, but with her grandmother’s guidance and leadership passed down from her great grandparents, she recognized that her visions had meaning. “[My grandmother] kind of just walked me through it as if it was normal. So it made me less scared,” she reflected.

Since then, her gifts have manifested in several ways, LaLonde explained. “Myself, it’s mostly with my hands, like if I touch something, I pick up information. But that’s not always the case,” she shared. She also has dreams that reveal some sort of truth, and she can discern messages about someone based on their body alone, she said. The latter is the center of her energy healing practice.

“What happens is people have an emotion and they don’t really understand why they’re having that emotion. And they don’t understand why they react to certain things. They can’t let go of anger. They can’t get past a relationship. Things are stuck in the body that you don’t even remember, things from like, a childhood, things that scared you as a child,” she explained.

When someone’s energy is “blocked” as a result, LaLonde explained that she can help get the old energy out and allow new energy in. “You want your energy to flow,” she said.

Helping people connect with themselves and each other has always been a dream for LaLonde, although accepting her clairyvoyance hasn’t always been easy. “You can’t ever get rid of it even though you want to get rid of it,” she said of her gifts. “Believe me, [there were] times in my life when I felt this isn’t something I wanted for my life. It was not always fun. And there’s definitely things that you don’t want to see and you don’t want to know.” She tried to step away from this part of herself in her 20s, she said.

But then, “I think I hit my 40s and I was like, I am just going to be myself exactly as I am. I’m not going to care what anybody says — society, people, anybody.” As a result, she’s headed The Magical Muse at 103 North Peterboro Street in Canastota for nearly three years now. “I literally just did everything I wanted to do. And this was one of the things.”

The Magical Muse offers natural goods and resources to help people find the connections they seek, whether with themselves, nature, or something else entirely. Guests can browse a selection of incense, tinctures, candles, books, decor, crystals, jewelry, sage, journals, and more. LaLonde also hosts classes and workshops, such as a women’s full moon circle.

LaLonde has called herself a natural witch, which she said is “somebody that just naturally has gifts, abilities, and/or practices with herbs, candles, to manifest anything that they want in their life.” Being a witch can be misunderstood, LaLonde said, and sometimes people lash out at the term. “Throughout history [people have] described it in a really terrible way, actually. They’ve put it out there and have made it to be this really horrible thing and it isn’t. It’s just a woman that is in touch with herself and her environment and uses her environment to heal herself and others.” These women have been recorded right here in Madison County, she said.

More about the fair

A variety of mystical practitioners will be joining LaLonde for the Madison County Psychic Fair. Fifteen to 18 readers from all over, many local, are expected to participate each day, she anticipated, with around 40 vendors total each day.

Admission to the fair is $5 and includes a chance to win a $100 gift card to The Magical Muse, free community yoga class, and free workshops and presentations.

Children 12 and younger get in free. A portion of the event’s proceeds will be going to BRiDGES of Madison County to support suicide grief counseling.

Visit The Magical Muse on Facebook — https://www.facebook.com/themagicalmuse — for more information.