City gets 3 of 5 pools ready for summer use 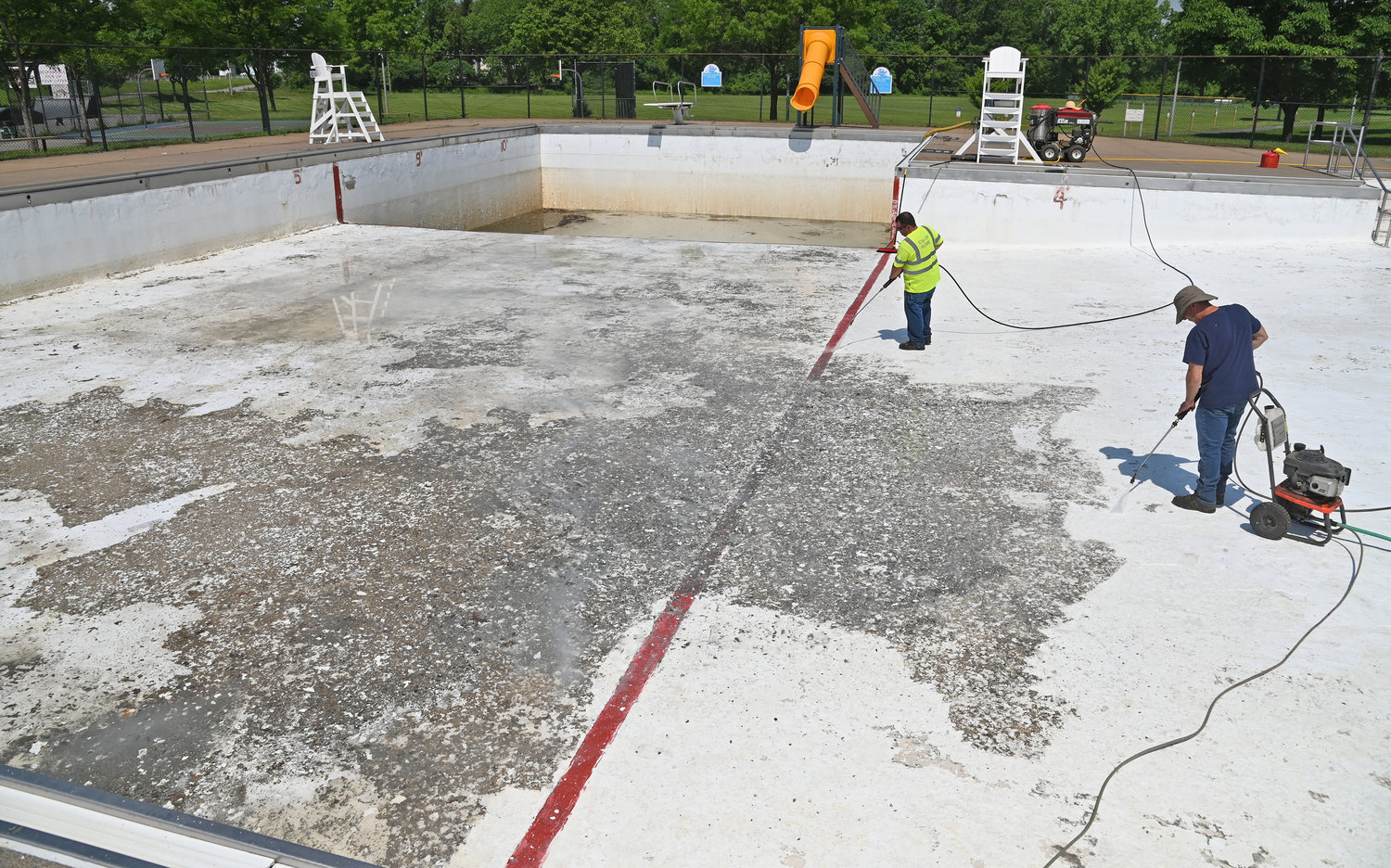 GETTING READY FOR SUMMER — City Parks employees Lenny Costello and Dave Bruno pressure wash grime and old paint from the bottom of Tosti Pool at Pinti Field on Monday. Crews will paint the pool before filling it and re-opening for the start of the swimming season in July. The Michael Uvanni Municipal Pool on West Embargo Street and the Guyer Field pool on Laurel Street will also open —but City Parks & Recreation Director James Korpela said the city is only opening three of its five pools this summer due to a lack of lifeguards. He said the city had to contract with the YMCA of the Greater Tri-Valley in order to have enough staff for the three pools to operate. The department, he said, has plenty of chlorine to keep its pools clean this season after reports hit last month there may be a shortage of chlorine tablets this year due to a fire at a chemical plant in Louisiana. The good news for hot city residents is that it will cost less to swim this year as the city is waiving its $1 admission fee for using the pools this year.
(Sentinel photo by John Clifford)
Posted Tuesday, June 8, 2021 9:00 am