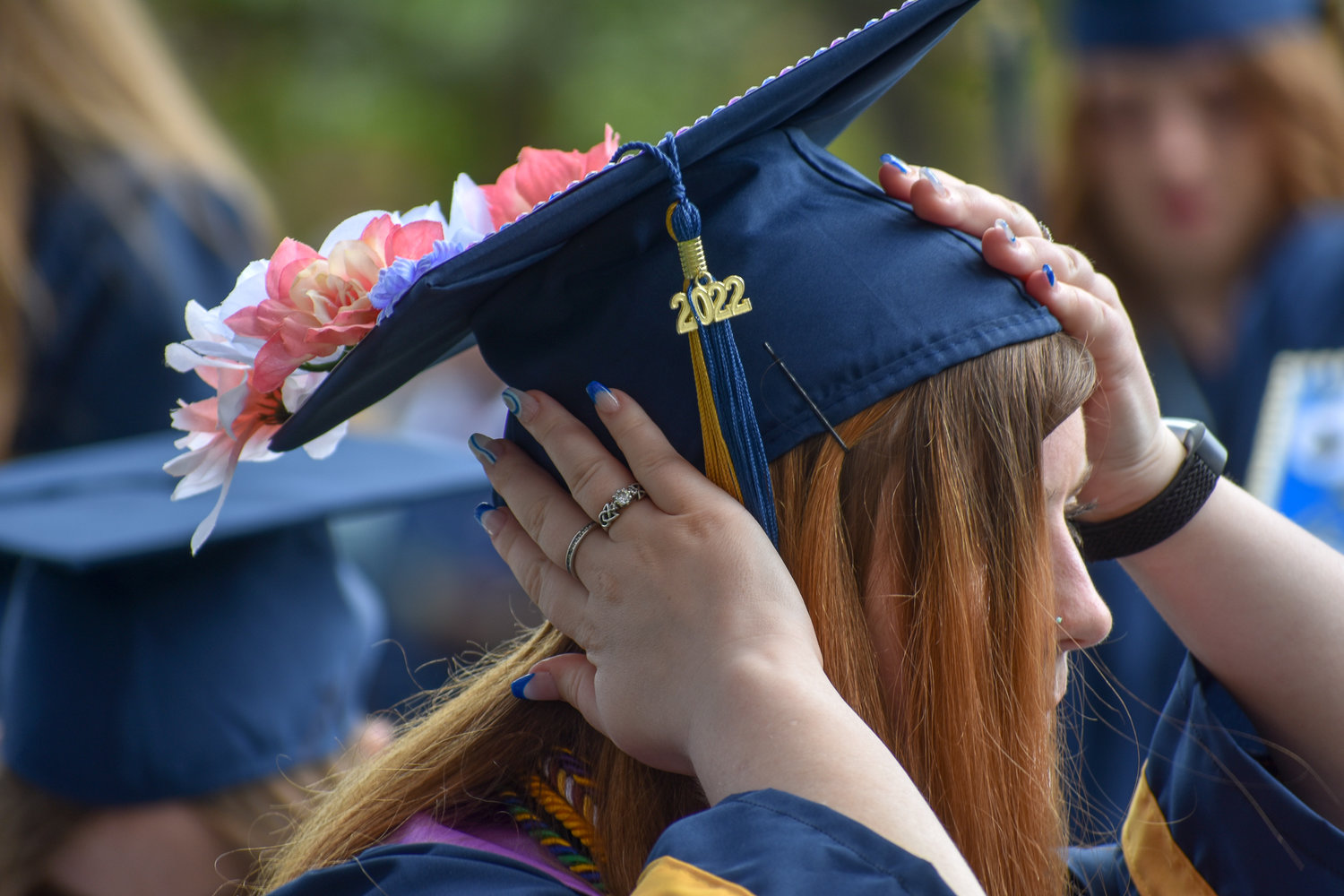 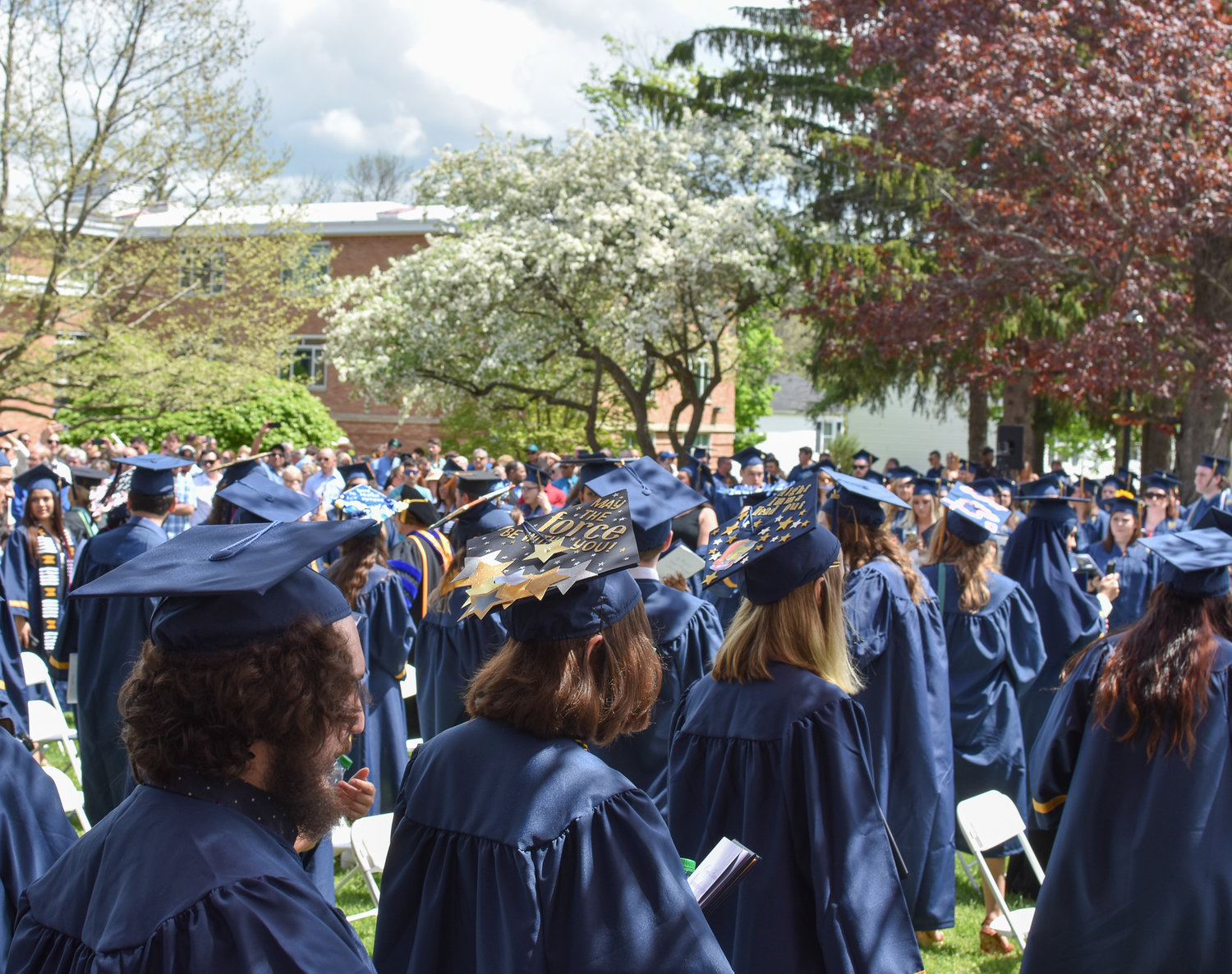 Trees on campus were in full bloom as part of the graduates' special day.
(Sentinel photo by Carly Stone) 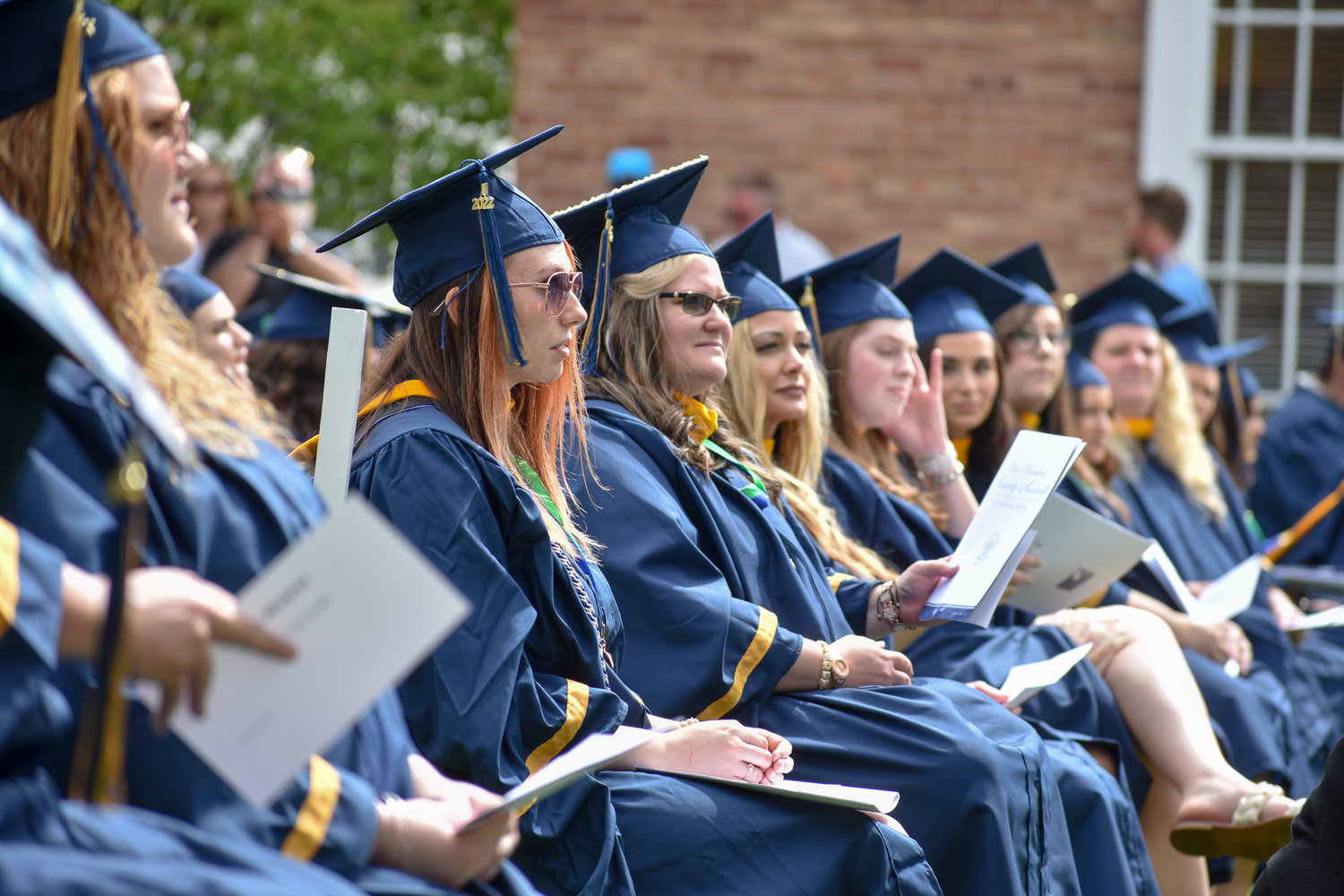 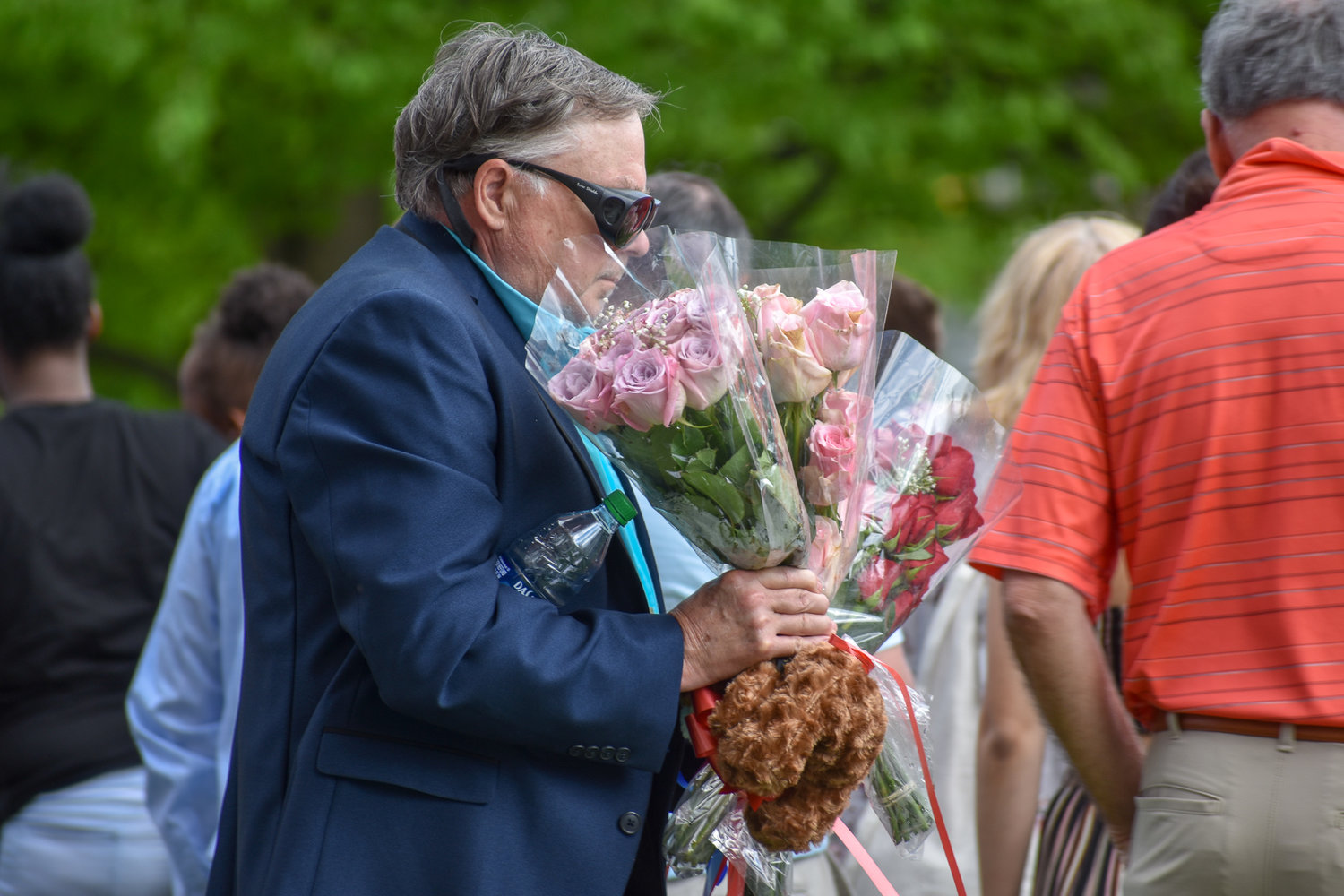 A graduation guest finds his seat with celebratory flowers in tow.
(Sentinel photo by Carly Stone) 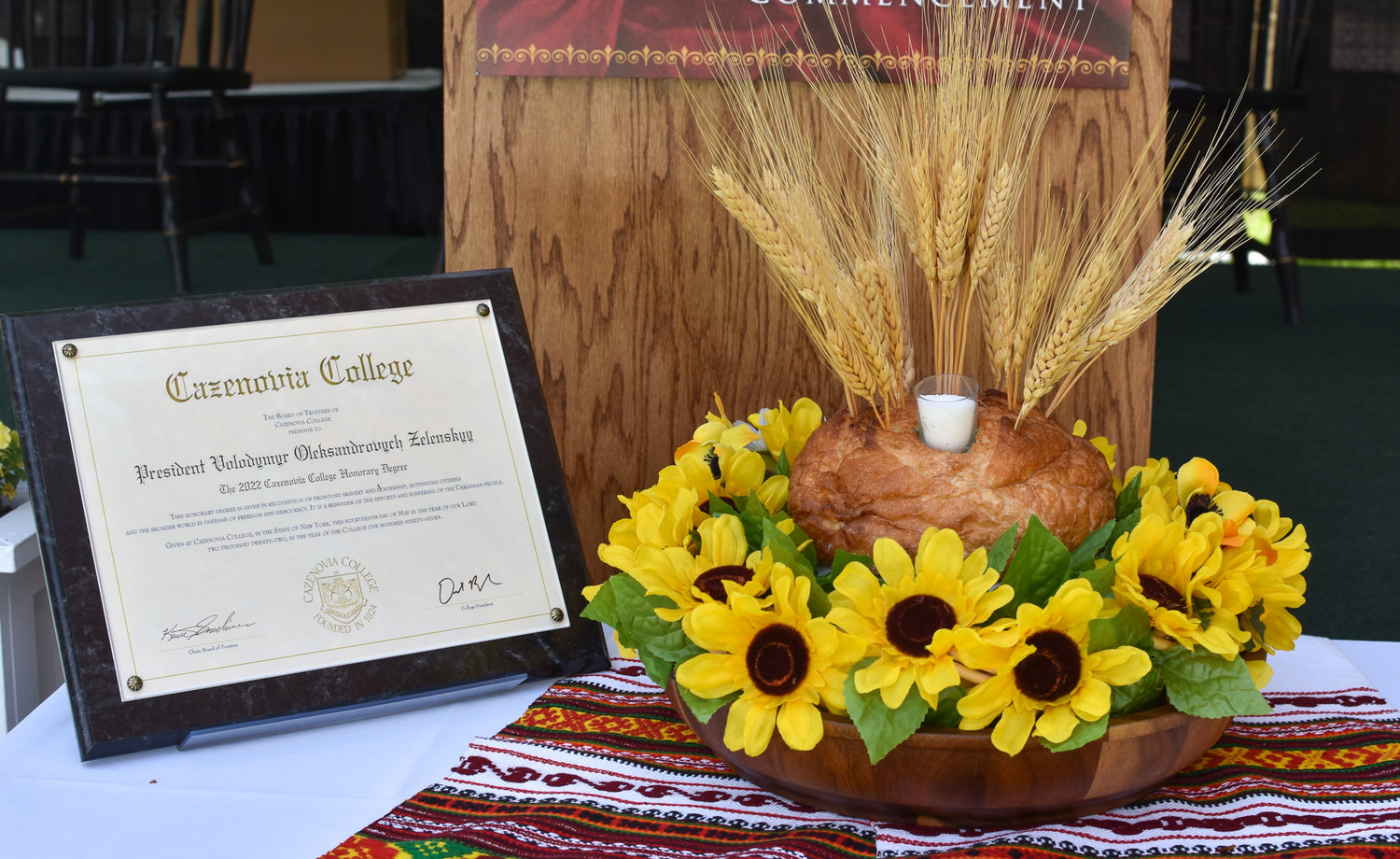 In the spirit of Ukrainian tradition, an arrangement consisting of bread, wheat, and salt along with sunflowers was on display during the graduation ceremony to symbolize Cazenovia College's support of democracy and peace.
(Sentinel photo by Carly Stone)
Previous Next
Posted Saturday, May 14, 2022 4:00 pm
Carly Stone
Staff writer
email

Class of 2022 Valedictorian Jennifer Forward reflected on her time spent at Cazenovia, stating it was the "fastest and most transformative years of my life."

"We expected lots of ramen and coffee and a few all-nighters to earn our degrees. None of us expected a global pandemic to dramatically alter our education, the social unrest that lead to much-needed change, and the numerous other once-in-a-lifetime events that have occurred in the past four years," Forward stated during her valedictorian address.

She recalled when she and her fellow classmates left for spring break their sophomore year to then not return until the next fall due to COVID-19 restrictions.

All things considered, Forward said "resilient" is a fitting word to describe her class.

The college invited alumna Kandice Watson, class of 86', to speak during the commencement ceremony.

Watson is a member of the Oneida Indian Nation's Wolf Clan and has served as the Nation's Documentarian since 2017.

She spoke of feeling a sense of belonging during her time at Cazenovia, which was in contrast to her mother's educational experience as a survivor of an Indian boarding school.

"She could hardly believe this could be the right place for her daughter," Watson shared during her speech. "Of all the things I learned during my time here at Cazenovia, the most important was that I belonged on this campus in 1984."

In the spirit of Ukrainian tradition, an arrangement consisting of bread, wheat, and salt along with sunflowers was on display during the graduation …

Cazenovia College is one of several institutions to offer Ukrainian President Volodymyr Zelenskyy an honorary degree in recognition of his leadership during the war with Russia.

As a further symbol on behalf of the college, a display consisting of a loaf of bread, wheat, salt, and sunflowers was arranged in front of the graduation stage for all to see.

"In Ukraine, a traditional greeting involves bread, wheat, and salt to symbolize Ukraine's rich lands and prosperous future," the college explained in its commencement handout. "Sunflowers representing solidarity adorn the bread and have become the symbol of resistance to oppression," the description continued. "This display symbolizes a welcoming from our college community to President Zelenskyy and our support of democracy and peace."