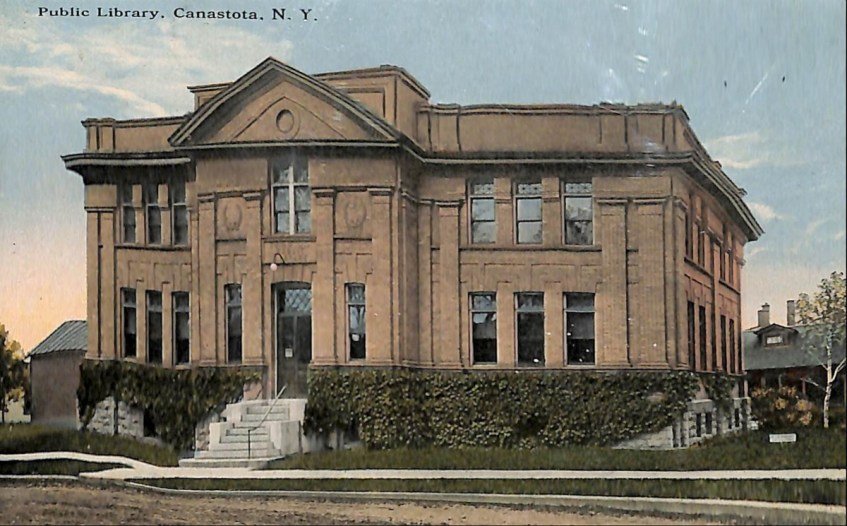 On Friday, Oct. 15, from 9 a.m. to 5 p.m., the Canastota Public Library is celebrating the 125th year of the signing of the library’s charter by the New York State Board of Regents and the public is invited to celebrate.

Several events will be happening in the next week to celebrate those 125 years, such as a historic display in the Lawson Community Room, a slide show of the library through the years, giveaways and raffles.

On Wednesday, Oct. 20, at 6:30 p.m., Library Director Liz Metzger will present the second Canalside Talk of the season as she presents, “The History of the Canastota Public Library” on the second floor of the library. The talk will include changes to the library, the Dewey and Carnegie connections, special guests to the library and more.

The library’s birth began in the spring of 1896. A group of Canastota citizens began a rally for a public library. They consulted with the Board of Regents and soon steps were underway to establish a facility for the village.

By August of 1896, the local school board had appointed a library board and had voted to start the library with a fund of $200. New York State matched these funds and private subscriptions also added to the kitty. An agreement was reached with Miss Julia Perkins to furnish a room and to care for the books.

The Canastota Library officially opened on September 4, 1896, in Miss Perkin’s home (which became the White Elephant Restaurant in the 1950s). When the library first opened, its collection consisted of 774 books and 11 magazine subscriptions. The Board of Regents issued the library’s charter on October 15, 1896, establishing the Canastota Public Library as a school district library.

The library has been providing services to the community since 1896.