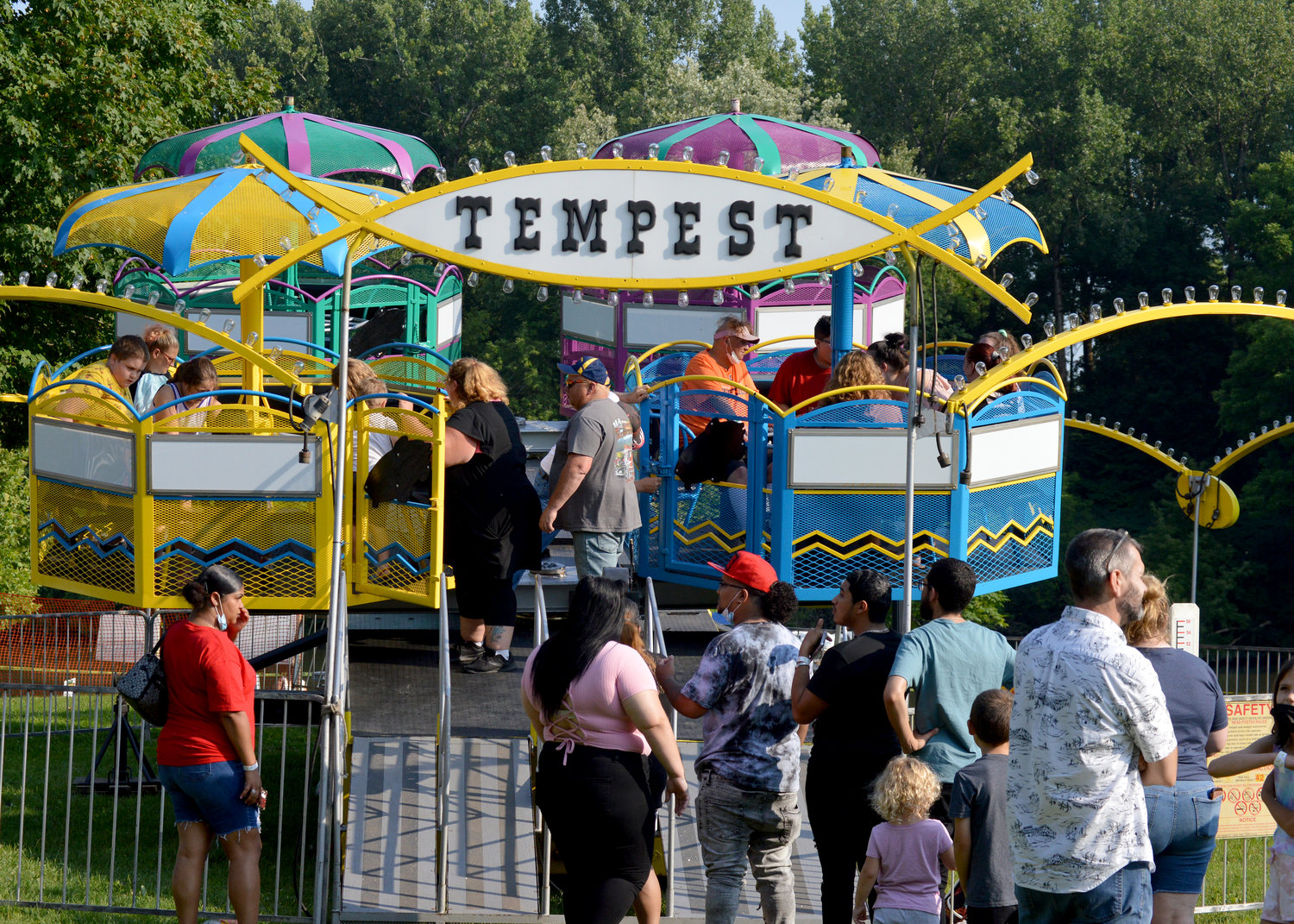 Rome Rotary has received a grant from the state Canal Corporation and the Erie Canalway National Heritage Corridor in the amount of $1,000 this year, which will qualify the Erie Canalway as a Gold Level CanalFest 2022 sponsor. The grant is evidence of the historic ties the major Rome Rotary fundraiser has with the canal.

CanalFest is held at Bellamy Harbor Park, at the confluence of the Mohawk River and the Erie Canal, and sits between Locks 20 and 21, sitting astride the 524-mile state Canal System and 360-mile Erie Canalway Trail.

“This is the highest level of the Canal System and is close to the point where the first shovel of dirt was turned for the endeavor on July 4, 1817, just outside Rome,” Mercurio said.

But besides the historic ties, CanalFest, which helps cap off the city’s Honor America Days celebration, promises an array of entertainment for the entire family.

Gates open at 5 p.m. Friday, Aug. 5, and at noon Saturday and Sunday, Aug. 6 and 7. Attendees may enjoy all the fun entertainment, rides, vendors, face painting, storytelling and culinary delights until dark, and then stay for fireworks at dusk.

Mercurio said although Rome Rotary was able to host CanalFest when some COVID restrictions were lifted last summer, this will be the first year since the pandemic that the festival will be back “in full force.” The Rotary president said last year’s event was one of the most successful, with about $6,000 raised in donations, and club members and volunteers hope to top that this year.

• Rides by Ontario Amusements. They will sell bracelets for four hours of unlimited rides at a cost of $20. They also offer skillful and daring Midway games.

• Fireworks on Friday and Saturday night at 9:45 p.m. by American Fireworks, the same company that hosts the display for the Honor America Days Concert on the lawn of Fort Stanwix National Monument.

• Fishing Derby Saturday morning, with many door prizes and cash prizes for fish in various categories. Young anglers have their own division. Registration is free and starts at 7:30 a.m.

• The Photo Contest is back, with registration from noon to 5:30 p.m. on Aug. 4 inside the boathouse at the park. Entry forms will be available to fill out at the boathouse at the time of submission. Judging will be Friday afternoon by Jason Tockey, executive director of Rome Art and Community Center. Photography awards will be announced and presented on stage at 7 p.m. on Saturday, Aug. 6.

• Copper City Stage will feature local performers such as Fritz’s Polka Band, who will kick off the CanalFest events starting at 6:30 p.m. Friday.

• They will be followed by the Rising Stars of the Capitol Theatre, who will perform Songs and Stories of the Erie Canal. At 3:30 p.m., local favorites, The Loco Brothers, will play popular rock and rock covers followed by DJ Bulldogg’s Karaoke.

• Sunday kicks off with the Bluetooth Café. Attendees are encouraged to bring their playlists and DJ Rob will blast them out. After the Water Ski Show, DJ Rob finishes the day with two hours of country classics.

• Food by an eclectic array of vendors, plus exhibits by CNY Drones, MVCC Airframes and Rome Humane Society. Several activities will also be going on in the boathouse.

“This year we are really in full swing with all our traditional events,” Mercurio said.

CanalFest was created in 2003 by Rotarian Jim Donovan. His vision was a family-oriented, old-fashioned fair “with a lot of fun stuff to do,” explained Mercurio. CanalFest is a smoke free/alcohol free event.

“Our presenting sponsor this year is Rome Nail and Spa, and we thank them for their generous contribution,” said Mercurio. “The exploding costs of everything put our fireworks show in jeopardy, until Orgill stepped in with a very timely donation that saved the event. Please patronize all our wonderful sponsors who make CanalFest possible.”

There is no charge for attending CanalFest, however a donation of $1 is suggested. Rotarians will be at the gates to provide festival goers with information, and a schedule of events.

All proceeds from CanalFest go back to the community in support of projects, scholarships and donations. Some organizations and efforts supported through the Rome Rotary fundraiser include Wreaths Across America, STEM and service scholarships, Rotary Readers Literacy Project, Abraham House, Care Net Safety Project, Hospital Holiday Cheer Party and Thanksgiving and Easter food drives.