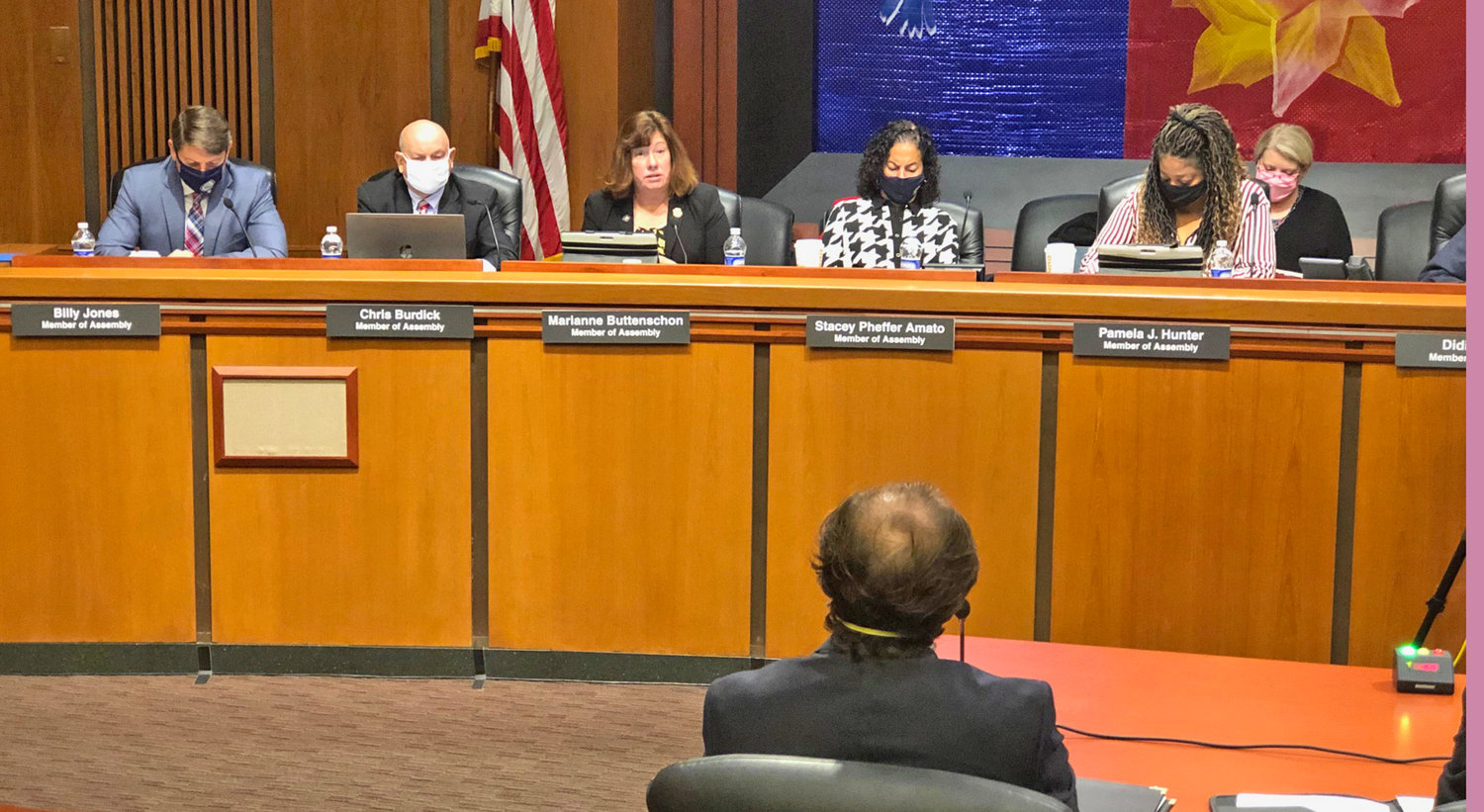 ALBANY — Assemblywoman Marianne Buttenschon, D-119, Marcy, participated in a Thursday hearing regarding the New York State Division of Veteran’s Services in Albany which focused on the structure and purpose of NYSDVS, including the possibility of elevating the division to a department to better serve veterans, according to a release.

“It is estimated that just 17% of veterans access the benefits they’ve earned and deserve,” Buttenschon said. “I’ve heard from veterans in the 119th District who say they have become discouraged by a fragmented system. They’re having to communicate with and submit information to multiple departments, agencies and offices within state government.”

“Changing Veterans’ Services from a division to a department will bring all of those benefits, services, and programs to one centralized location. Our service men and women have sacrificed so much for our country, we should make it easier for them to claim and receive the benefits they are entitled to,” Buttenschon added.