Brother to testify against brother in murder trial

The murder trial for Matthew E. Westcott is scheduled to begin next week with a new wrinkle: his brother and former co-defendant has seemingly agreed to testify against him.

Brother to testify against brother in murder trial 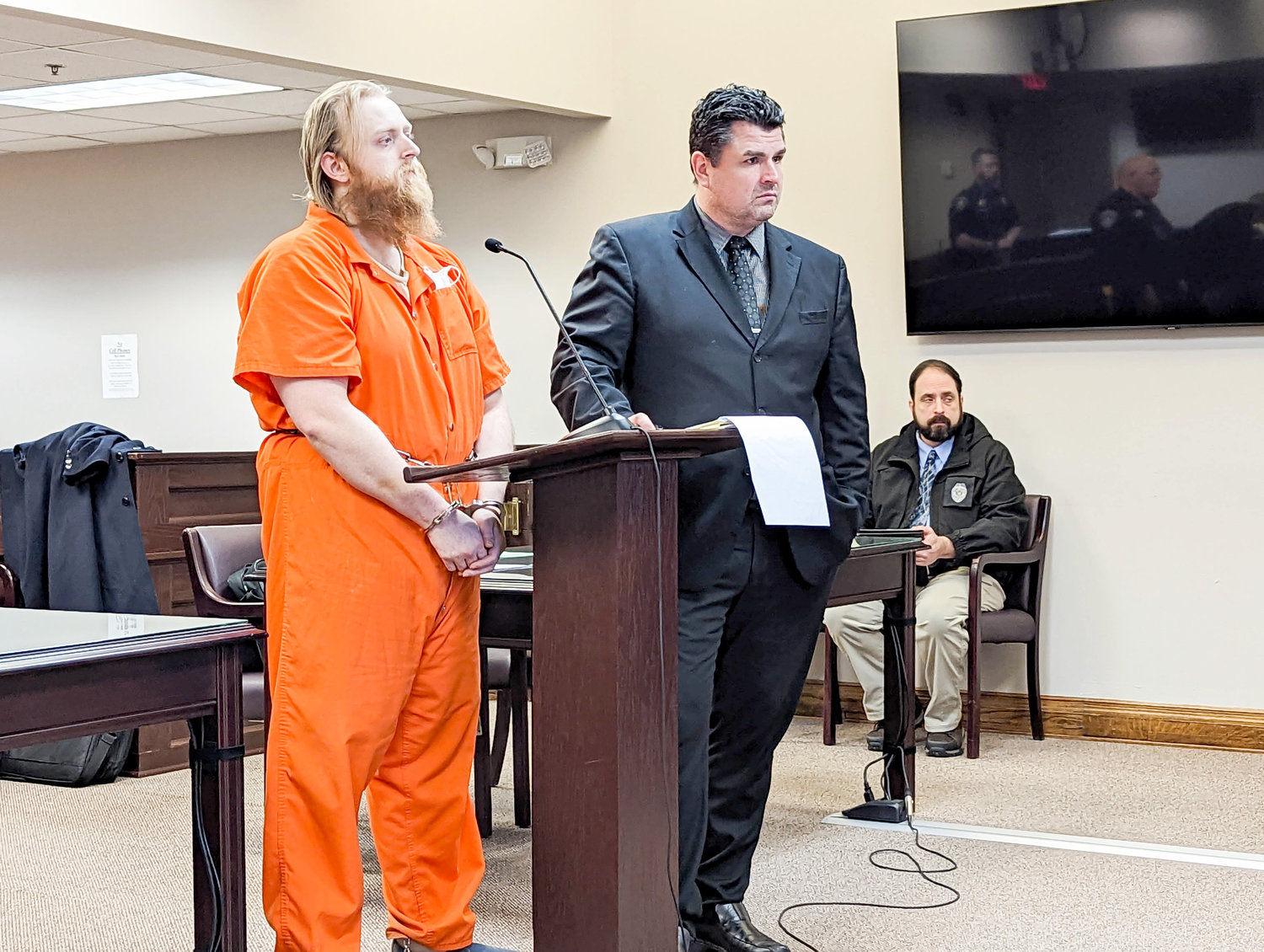 Matthew Westcott is scheduled to go to trial in Oneida County Court next week in the shooting death of his brother, James Westcott, in Taberg in September 2021. Westcott’s other brother, and former co-defendant, Micheal Westcott, is now expected to testify against him.
(Sentinel photo by Sean I. Mills)
Posted Monday, November 28, 2022 6:40 pm
Sean I. Mills
Staff writer
email / twitter

TABERG — The murder trial for Matthew E. Westcott is scheduled to begin next week with a new wrinkle: his brother and former co-defendant has seemingly agreed to testify against him. The brother, Micheal Westcott, has also more to say about his side of the story since he was first taken into custody.

Jury selection is scheduled to begin Monday at Oneida County Court in Utica. Matthew Westcott is charged with second-degree murder in the September 2021 shooting death of one of his brothers, James Westcott. The trial is expected to last more than a week.

Both Matthew Westcott, 28, and his older brother, Micheal Westcott, 32, appeared before Judge Robert L. Bauer on Monday for a final pre-trial appearance. Both men are charged in the death of their other brother, James Westcott, and both had been scheduled to go to trial on Monday.

According to state police, Matthew Westcott shot and killed James Westcott at their Route 69 home in the Town of Annsville on Sept. 17, 2021. Shortly after the shooting, troopers said Micheal Westcott took a knife and stabbed the dying James multiple times in the back of the head.

Both brothers gave statements to investigators after they were taken into custody. Matthew told the state police that James had threatened the family earlier in the day, including threatening to burn down their home with everyone inside. Matthew told investigators that he saw James with a can of gasoline and then shot him inside the home.

In his statement, Micheal told state police he was in the home alone with the dying James after the shooting. Micheal admitted to stabbing the brother to “ease (his) suffering” in his statement.

On Monday, Matthew confirmed his desire to take his case to trial, rejecting a plea offer of 20 years in prison if he pleaded guilty to first-degree manslaughter. Matthew also rejected the possible defense of extreme emotional disturbance (EED). He is represented by Public Defender Adam Tyksinski.

“My client has chosen that he does not want to go along with an EED defense,” Tyksinski said in court. “We will go about our defense in a different manner.” Matthew faces a maximum sentence of 25 years to life in state prison if he is found guilty by a jury.

Meanwhile, Micheal will not be going to trial, at least not as a defendant. After his appearance on Monday, Micheal’s case was adjourned to Friday for a possible guilty plea to a lesser charge. The details of the plea and the charge were not released in court on Monday. Micheal had been charged with one count each of attempted second-degree murder and first-degree assault.

Micheal is now expected to take the stand at the trial and testify against Matthew. According to Assistant District Attorney Todd Carville, Micheal may testify that Matthew is the one who caused the knife wounds — which is different from what Micheal initially told investigators.

“In light of some recent developments with respect to Micheal Westcott, the people do intend to still offer at trial...stab wounds being caused, and potentially being caused by Matthew Westcott, although that was not the initial theory of the case,” Carville said in court. “Based on testimony that we feel we will be receiving from new witnesses as well, Micheal Westcott being one of them, we do believe that the information may infer that Matthew Westcott was, in fact, responsible for those knife wounds.”

The nature of this apparent change in testimony and evidence was not further discussed in court on Monday. It will be left for trial testimony. Micheal Westcott is represented by defense attorney Kurt Schultz.