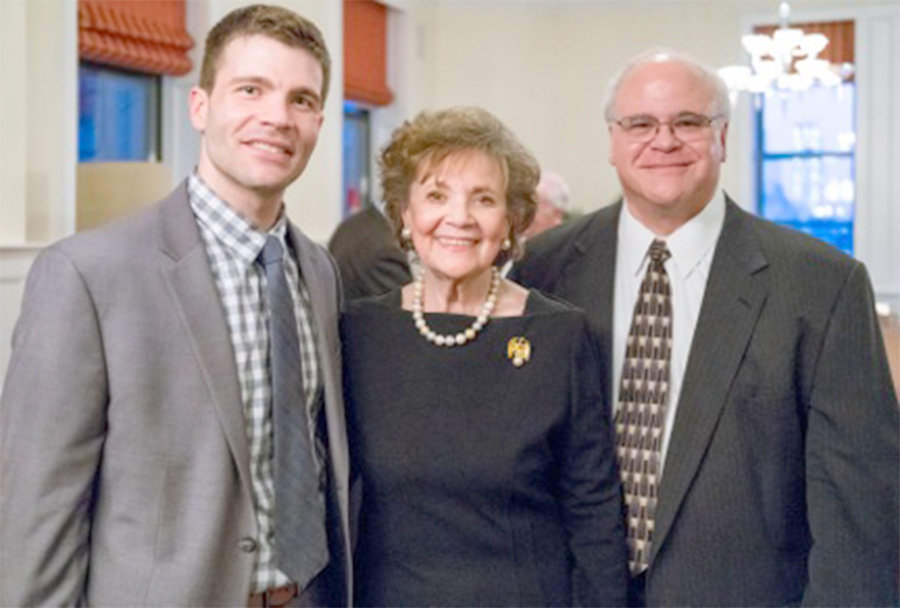 At its last regular meeting in 2021 on Wednesday, Dec. 22, the Rome Board of Education moved to honor resident, Frank P. DiBerardino for his service and stewardship in manifesting the New York State Mentoring Program in the Rome City School District’s seven (now six) elementary schools.

DiBerardino was a charter member of the Advisory Council of the New York State Mentoring Program, established in 2015, when he began the work of launching new school-based mentoring initiatives throughout the state.

In 2016, DiBerardino worked to establish the mentoring program in the Rome City School District, and has guided and grown the program for the next four years.

The program initially served three of Rome’s seven elementary schools, but in no small thanks to DiBerardino’s efforts to engage local businesses through the Rome Area Chamber of Commerce, the volunteer ranks swelled with staff from local organizations, including the Eastern Air Defense Sector and the Air Force Research Laboratory – known locally as the “Rome Lab.” In just four years and just prior to the closing of in-school learning caused by the Covid pandemic in the spring of 2020, the New York State Mentoring Program’s presence in Rome had spread to all seven elementary schools and was serving approximately 300 students.

The Rome Board of Education unanimously passed a Resolution memorializing the encouragement of “community partnership and supports for student success whenever possible” fostered by DiBerardino, who was recognized by the resolution for being “instrumental in the development and operations of the New York State Mentoring Program for Rome City School District students and community members,” thus bringing “recognition and credit to himself, our community and, in turn, the Rome City School District.”

Members of the Board of Education and Peter Blake, the Rome Superintendent of Schools, commended and thanked DeBerardino for his unconditional support for Rome’s students and community.

Further to the recognition by the Rome school board, Debbie Adamo of the Rome Area Chamber of Commerce, who acts as liaison with the mentoring program, was on hand to present DiBerardino with a Certificate of Recognition for his efforts to build partnerships between the Chamber and the Rome City School District’s mentoring program.

“If the Webster Dictionary put a picture next to the words: Humble – Passionate – Dedicated – Committed, it would be a picture of you, Frank,” said Adamo. “You are the driving force behind this program’s success … you have been phenomenal.”

Adamo pointed out that the mentor program started with a much smaller group; but, year after year, DiBerardino’s volunteer recruitment efforts allowed it to serve more and more students.

Adamo said to DiBerardino, “You did it magnificently.”

DiBerardino, humbly as expected, addressed the gathering to say that the success of Rome’s mentoring program would have have been possible without the support of Blake and Amanda Jones, Director of Counseling services for the Rome district. He acknowledged the principals and program site coordinators at each elementary school, without whom the program would not have been possible. He also recognized the Rome Chamber of Commerce for their partnership its “good work” in encouraging Rome’s business community to take part in the program.

“The children who lack self-confidence, who have some socialization challenges, who just need a little extra push,” said DiBerardino, “without this help, many of them would not be able to continue.”

DiBerardino recognized many of the mentors who had been with the Rome program all four of its years before the pandemic restrictions to say that “the connections and bonds that were made would be long-lasting and the impact on the kids was remarkable.”

Said DiBerardino, “you would not believe the transformation!”

Berardino concluded to share what he called “good news from the State,” that the New York State Mentoring Program will continue under the new administration.