Rome board of education accepts $931K bid for upgrades 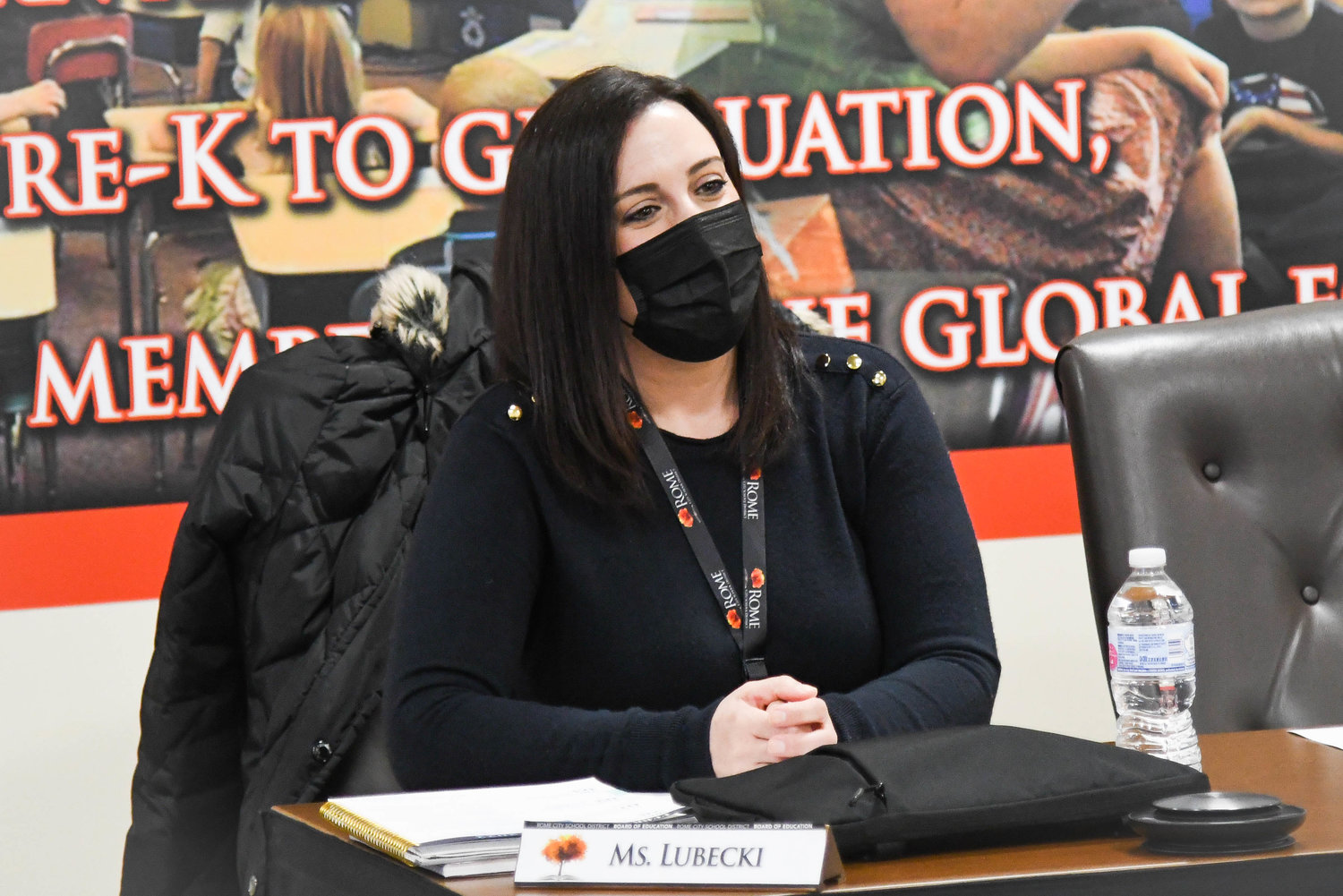 NEW MEMBER — Danielle Lubecki takes her seat with fellow board of education members after she was introduced following a vote of board of education members on Monday. She fills the vacant seat on the board from the resignation of former board member Craig Ferretti.
(Sentinel photo by Alex Cooper)
Posted Thursday, March 3, 2022 9:30 am
Cara Dolan Berry
Staff writer
email

ROME — During its regular meeting on Monday, the members of the Rome Board of Education voted unanimously to accept a proposal from Kelley Bros., based in Jefferson County, in the amount of $931,556.84 to provide goods and services in connection with the 2019 Capital Improvement Project.

The proposal was recommended by LaBella Associates, the Rome City School District’s architects and, on the strength of that endorsement, John Nash, as both president of the board and chair of its finance committee, moved the resolution to the board to accept the Kelley Bros. proposal which includes the renovation of the elementary school vestibules to enhance security.

The upgrades, district officials said, are part of Phase II of the district’s 2019 Capital Project.

In the second of two action items on the agenda from the finance committee, Nash moved a resolution to approve change orders to be submitted by LaBella reflecting an additional $28,288.20 in expenses to the district for “certain changes to the work” covered by the various contracts accepted in connection with 2019 Capital Project improvements, where those needs were revealed during the “course of the project.”

The costs were formally defined as “additional general conditions.”

Board Vice President Tanya Davis queried Superintendent Peter C. Blake as to whether any of the costs or services were “repetitive,” and he assured that there were not.

Blake promised the board a detailed breakdown of the changes that warranted the additional almost $30,000 in expenses to the district “in time” for the next regular meeting of the Rome Board of Education, scheduled for 6 p.m. Thursday, March 10.

The board voted unanimously to approve the change orders and related costs.

The nearly $1 million approved by the members is in connection with the second phase of the district’s 2019 Capital Project.

Blake also outlined some of the improvements the district is also seeking — with voter-required approval — as part of its proposed 2022 capitol improvements. These improvements would include work at all of the district’s school buildings, from new doors and windows to new valves and vestibules, to a state-of-the-art fire alarm system at Rome Free Academy.

He confirmed that some of the approved funds will be devoted to upgrading athletic facilities, including the installation of new tennis courts and artificial turf on both the baseball and softball fields at the RFA campus on Dart Circle.

The district will host a virtual referendum information session at 6 p.m. Wednesday, March 9, where the district architects and construction managers will present the details of the overall project to be subject to a public referendum for approval. This session will not be interactive.

Members of the community should use the link below to connect to the presentation but will not be engaged in making comments or asking questions: https://moric-org.zoom.us/j/94172138723

The district will host an in-person community forum regarding the referendum at 6 p.m. Tuesday, March 15, in RFA’s small auditorium, where district officials and representatives from LaBella will be on hand to consider comments and answer questions.

Information will be posted to the district website, www.romecsd.org, as it becomes available.