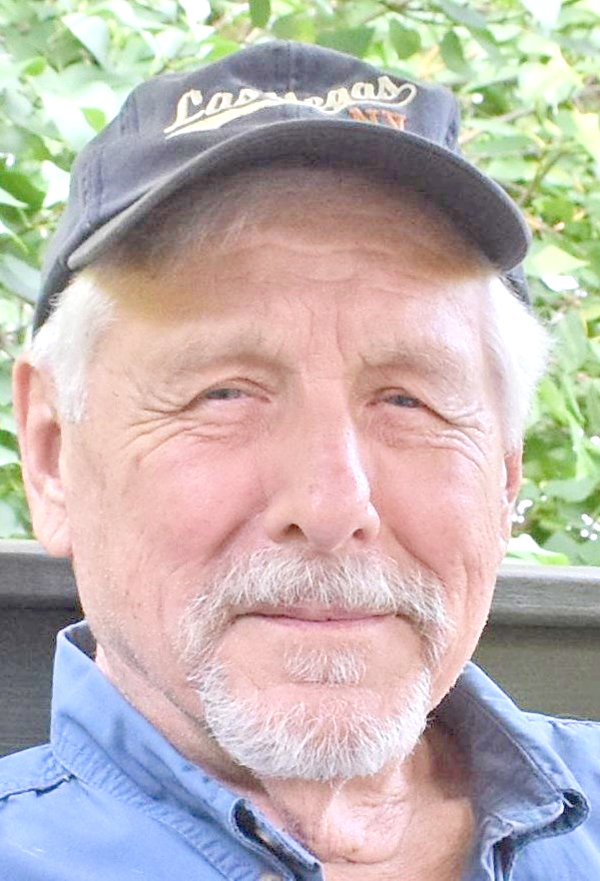 Andrew John Knauer, 78, of Camden, died Saturday, December 4, 2021, in Syracuse’s St. Joseph’s Hospital. He was born May 15, 1943, in Rome, NY, the son of Andrew S. and Harriette Baker Knauer. Andy graduated from Rome Free Academy and SUNY Cortland with a Bachelor and a Master’s Degree. He served in the Navy from 1965 to 1969. Before retiring in 1999, Andy was a Recreation Therapist for Rome Developmental Center.

He is survived by his long-time partner Lee Sandifer. She and Andy enjoyed observing nature on their shared property, a large wooded tract in Camden where Andy built a log home. He especially enjoyed watching the beavers that built a pond just down the hill from the house, as well as the many birds that came to his feeders. He is also survived by two sisters and a brother-in-law, Patricia Burchard and Rosalind and Alan NaPier; five nieces and two nephews; six cousins, and several great-nieces and nephews.

Andy played golf regularly with close friends. He was also a fan of silent films and spent many an afternoon and evening at the Capitol Theatre with his sister Patty. He was a history buff with a special interest in Camden and Rome.

His kind nature, sharp wit, boundless sense of humor, and bottomless reserve of stories made him the main attraction at all family gatherings, and for this he will be sorely missed.

There are no services or calling hours. Memorial contributions may be made to a charity of one’s choice. Arrangements entrusted to Prince-Boyd & Hyatt Home for Funerals, Inc., 210 W. Court St. Rome.

You may view the obituary and send a message of sympathy online at www.princeboydhyatt.com.