Airline travelers are not only facing sticker shock this Memorial Day weekend, the kickoff to the summer travel season. 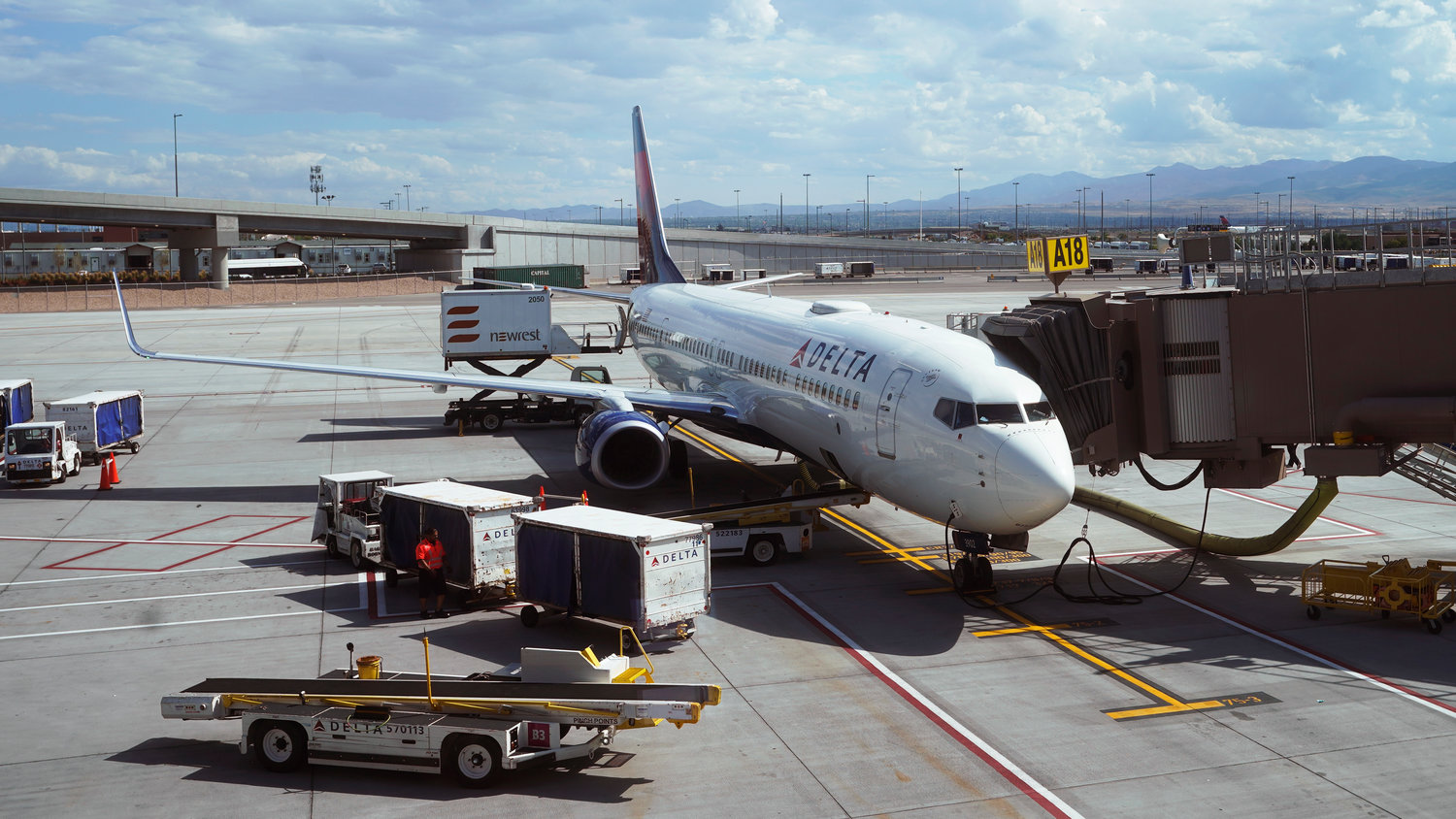 A Delta plane is shown at a gate at Salt Lake City International Airport on July 1, 2021, in Salt Lake City. Airline travelers are not only facing sticker shock this Memorial Day weekend, the kick off to the summer travel season, but they're also battling a pileup of flight cancellations. Delta Air Lines suffered the most, with more than 230 flights, or 8% of its operations, eliminated on Saturday, May 28, 2022.
(AP Photo/Rick Bowmer, File)
Posted Saturday, May 28, 2022 5:31 pm
Anne D'Innocenzo, AP Retail Writer

NEW YORK  — Airline travelers are not only facing sticker shock this Memorial Day weekend, the kickoff to the summer travel season.

They're also dealing with a pileup of flight cancellations.

More than 1,400 flights were canceled as of 5;15 p.m EDT Saturday, according to flight tracking website FlightAware. That followed more than 2,300 cancellations on Friday.

Delta Air Lines suffered the most among U.S. airlines, with more than 240 flights, or 9% of its operations, eliminated on Saturday.

Hartsfield-Jackson International Airport in Atlanta, where Delta is based and has its largest hub, was heavily affected by the travel delays. On Saturday, 5% of the flights there were cancelled, while 11% were delayed.

Delta noted in an email to The Associated Press that Saturday's cancellations were due to bad weather and "air traffic control actions," noting it's trying to cancel flights at least 24 hours in advance this Memorial Day weekend.

Delta announced on its website on Thursday that from July 1 to Aug. 7, it would reduce service by about 100 daily departures, primarily in parts of the U.S. and Latin America that Delta frequently serves.

"More than any time in our history, the various factors currently impacting our operation — weather and air traffic control, vendor staffing, increased COVID case rates contributing to higher-than-planned unscheduled absences in some work groups — are resulting in an operation that isn't consistently up to the standards Delta has set for the industry in recent years," said Delta's Chief Customer Experience Officer Allison Ausband in a post.

Many forecasters believe the number of travelers will match or even surpass levels in the good-old, pre-pandemic days. However, airlines have thousands fewer employees than they did in 2019, and that has at times contributed to widespread flight cancellations.

People who are only now booking travel for the summer are experiencing the sticker shock.

Domestic airline fares for summer are averaging more than $400 for a round trip, 24% higher than this time in 2019, before the pandemic, and a robust 45% higher than a year ago, according to travel-data firm Hopper.
____
AP Airlines writer David Koenig in Dallas contributed to this report.