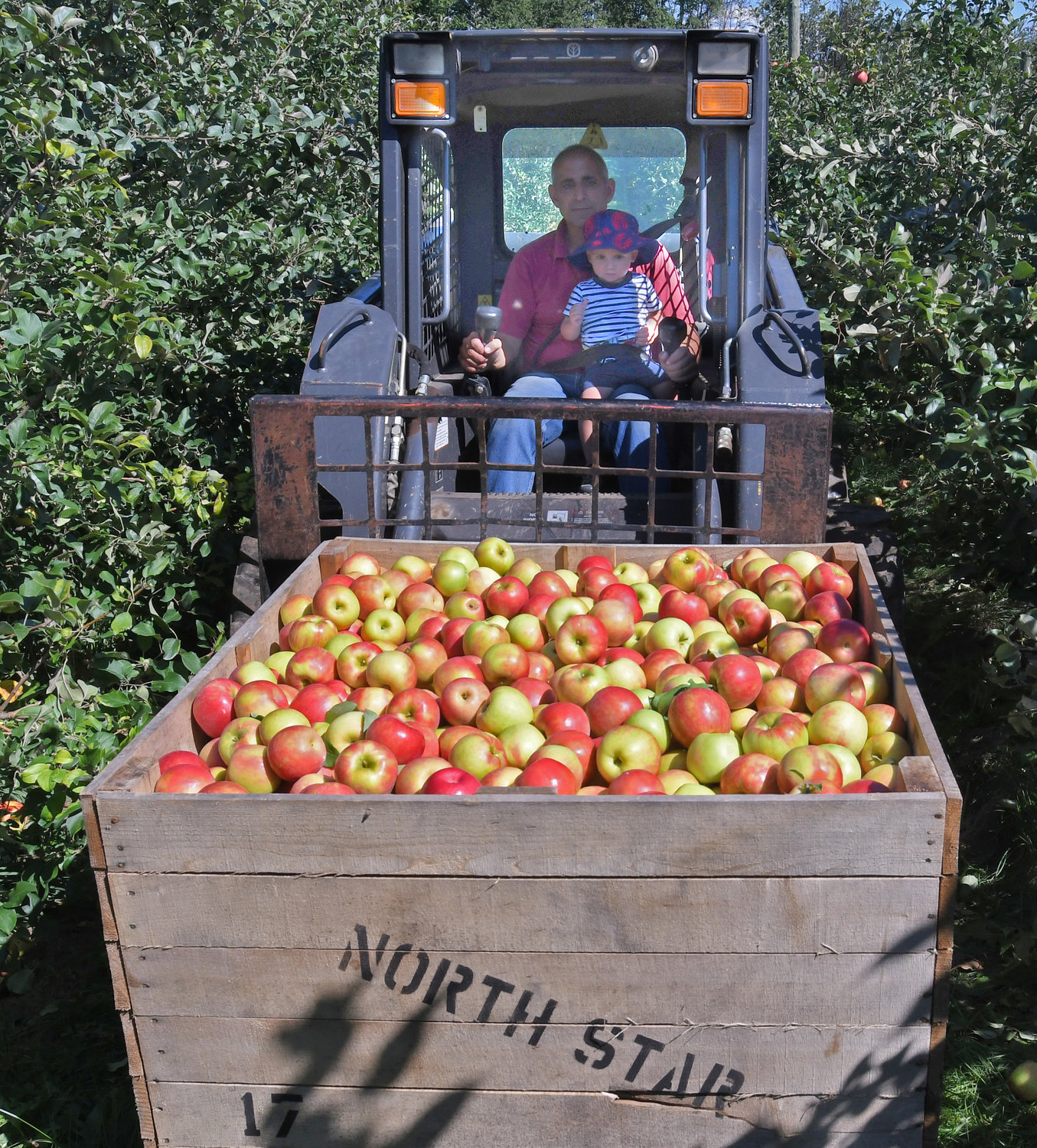 GENERATIONAL HAUL — George Joseph and his grandson, Graham, pick up a load of apples to be brought back to the Northstar Orchard store. The bustling business has come a long way since its beginnings as a roadside stand in 1986.
(Sentinel photo by John Clifford) 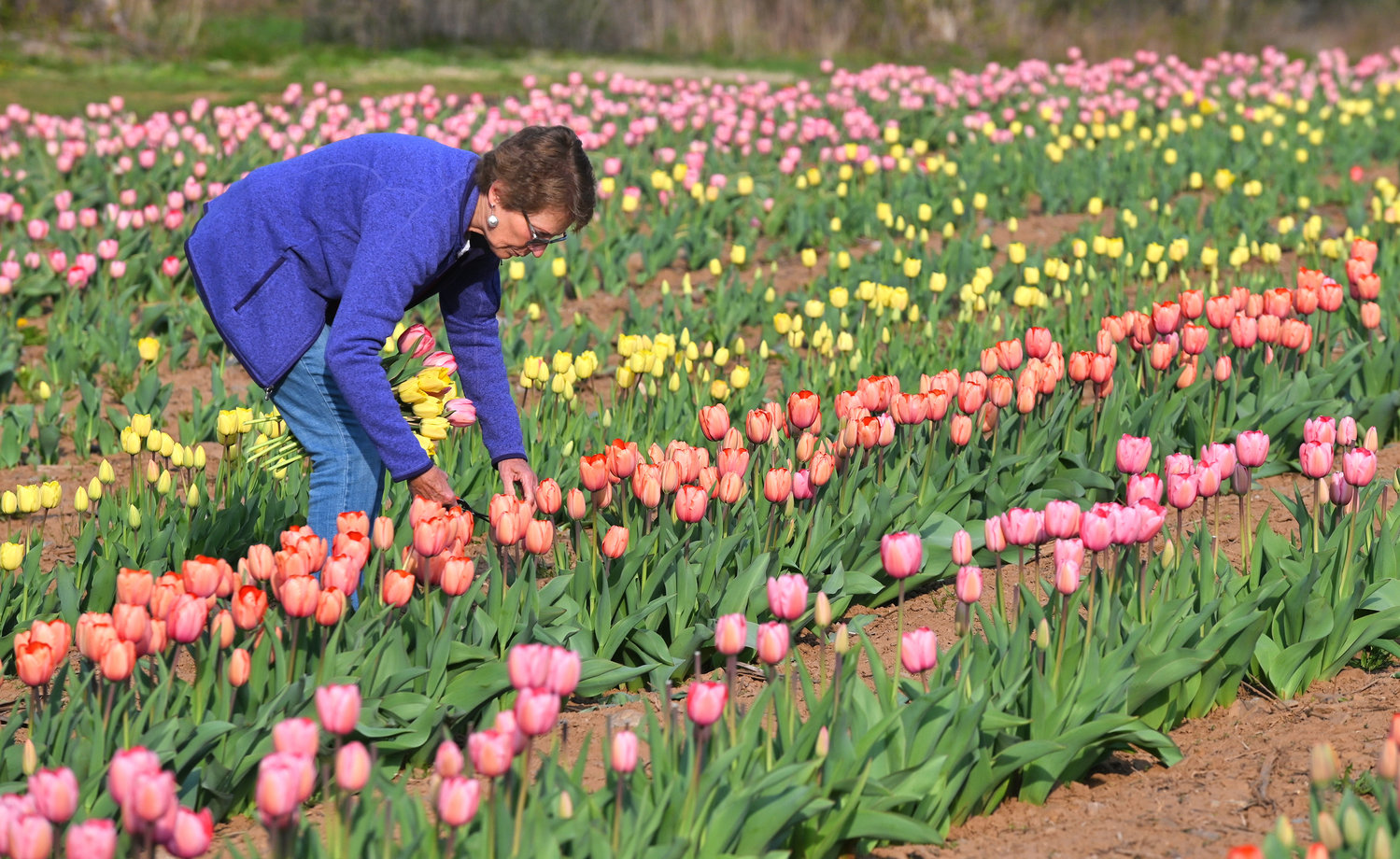 IN BLOOM — Elaine Joseph gets the first pick of the tulips in this spring 2021 file photo.
(Sentinel photos by John Clifford) 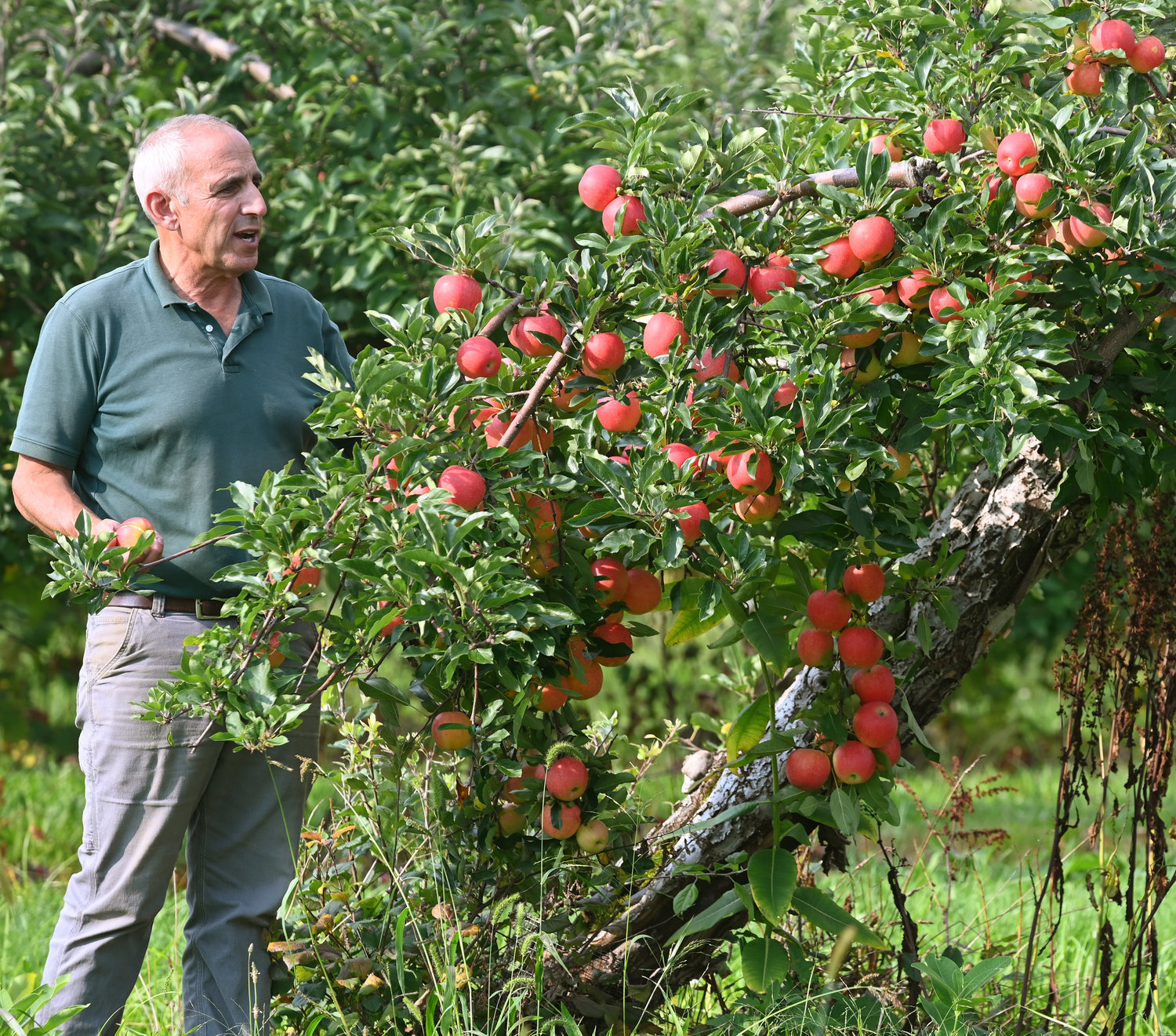 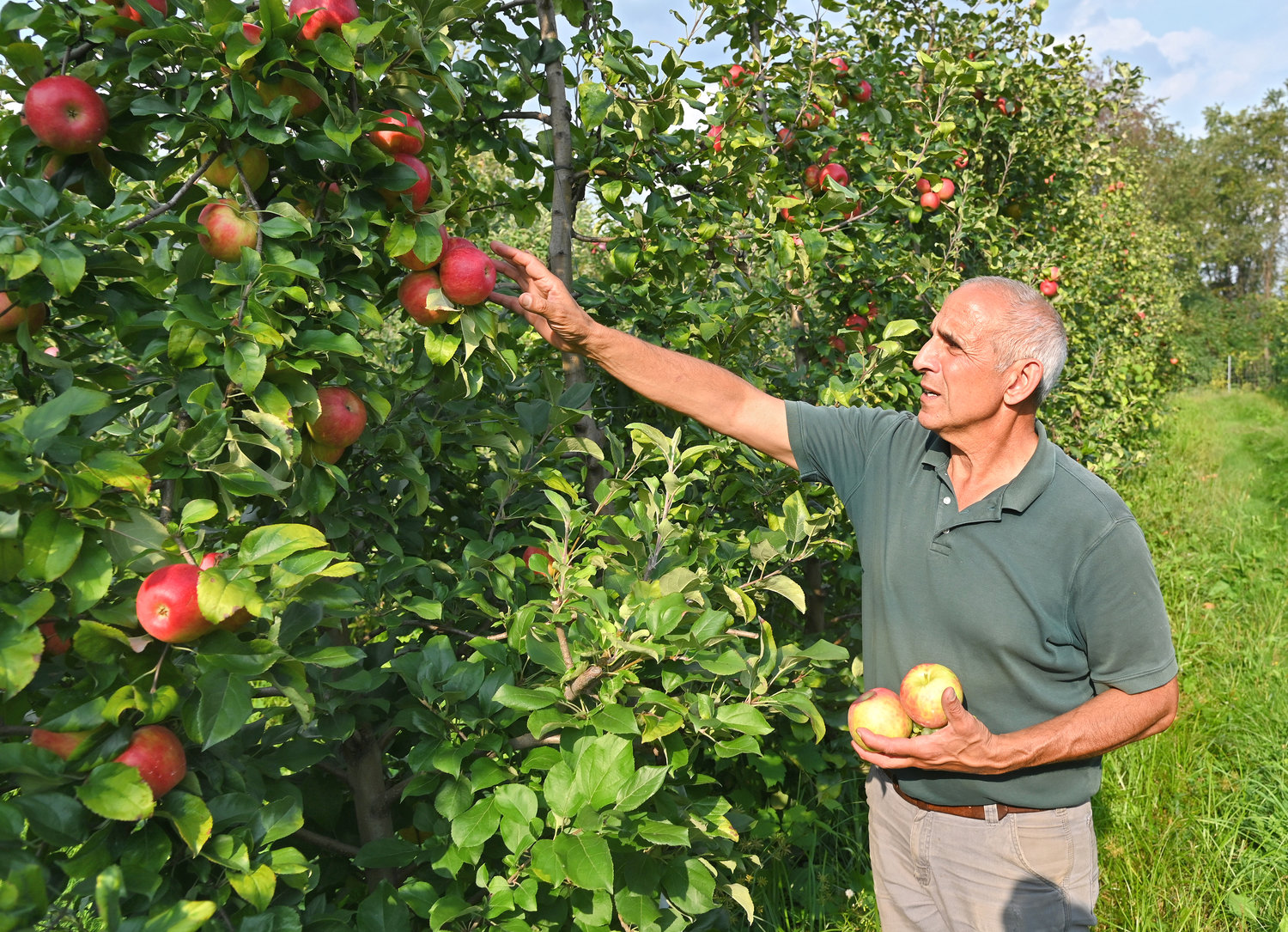 EDITOR’S NOTE: This is another installment in a series of columns highlighting the area’s agricultural community.

WESTMORELAND — The farm operation George and Elaine Joseph purchased on Route 233 in 1986 was nothing like what it has blossomed into 35 years later.

The North Star Orchards’ retail side began with a small roadside stand that sold only what the family grew themselves such as sweet corn, apples and pumpkins.

Though still seasonal, the 2021 version includes a large farm market with tasty bakery treats made on the premises, multiple popular u-pick offerings, and a full garden center.

Several of their grown children now help run the enterprise which has grown by leaps and bounds at 4741 State Route 233.

George looks back at the last three-plus decades as the constant evolution of his objective to make North Star a destination.

The driving philosophy has been to create an inviting atmosphere that caters to a larger audience, one that allows his family to diversify products and services and increase their revenue and at the same time attract groups and families who are looking for fun activities. In economic terms, it is called “agritourism.”

Over time, North Star added features like pick-your-own blueberries and apples — complete with wagon rides, fresh-pressed cider and cider doughnuts. A highlight of spring is the burst of color emanating from the area’s first field of u-pick tulips. There’s also a pumpkin patch, and North Star grows Christmas trees.

It all adds up to a place that’s become so popular that an overflow parking area was built to accommodate the crowds on busy weekends.

North Star also hosts school field trips during spring and fall as agritourism can serve as an exceptional educational tool, says George Joseph. Farmers who provide activities like u-pick, pumpkin patches and corn mazes are a source of information for visitors to know that the location is not just a place for an enjoyable time but also a farm that produces food and other items that might be taken for granted.

Although COVID-19 presented challenges, it did not bring the operation to a halt. North Star reopened in 2020 to a new normal due to the pandemic, but it made and went on to record a strong year.

People wanted to get out, and North Star offered a suitable venue.

The farm market remains a mainstay, though it is a far cry from the stand that North Star began with. The store underwent its most recent expansion this past winter. The store features a wide selection of fresh fruits, vegetables, bakery treats like iced blueberry cookies made on the premises, honey, and New York state cheddar cheese aged onsite.

Adjoining are the garden center and greenhouses.

North Star is open from April through December.

Under the leadership of George and Elaine Joseph, North Star has come a long way from a roadside stand that was 16-by-20 feet. For additional information, visit its website at https://www.northstarorchards.com.

— For comments or suggestions on the Farming in Central New York series of articles, e-mail Daily Sentinel
photojournalist John Clifford at jclifford@RNYmedia.com.