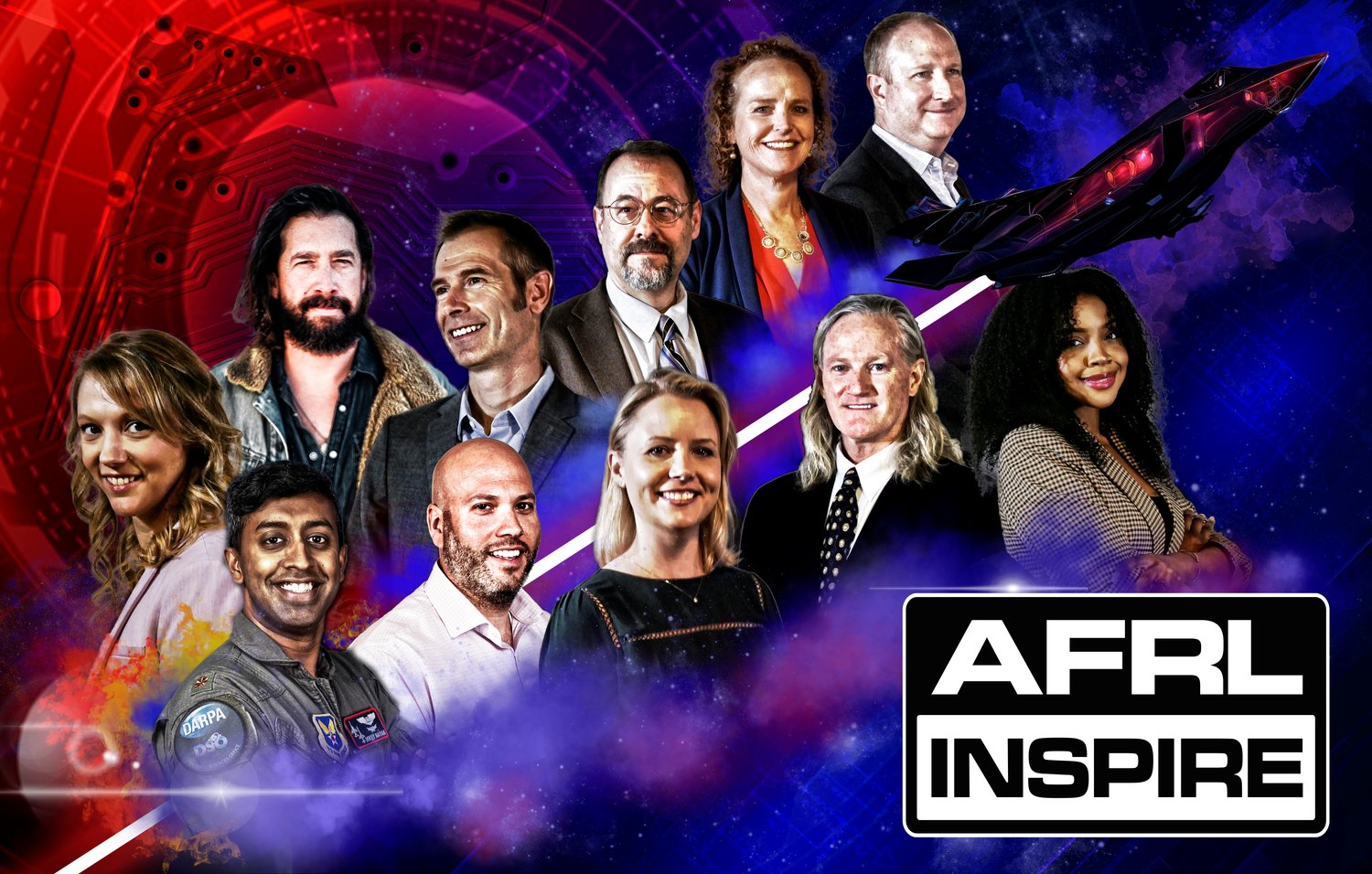 Inspire showcases the innovative ideas and passionate people from across the science and technology enterprise through entertaining and thought-provoking talks where speakers share personal stories and make complex topics more understandable.​​

This year’s program, which celebrates the 75th anniversary of the U.S. Air Force, features nine employees from across the lab and one special guest speaker, retired Gen. Ellen Pawlikowski, a former commander of AFRL and Air Force Materiel Command. AFRL historians Dr. Darren Raspa and Jeff Duford will serve as the hosts, highlighting the importance of learning from the past to ensure future success in innovation.

With topics spanning from an astrophysicist’s journey to Antarctica to a biologist’s trip under the sea, speakers will share how they develop solutions for warfighters.

This year’s lineup of speakers features AFRL scientists, engineers and professionals including:

To view the event, visit AFRL’s YouTube Page at: https://www.youtube.com/watch?v=qxhb2PzJTQA

MOHAWK Two people were displaced following an electrical fire on the outside of a home in the Village of Mohawk in Herkimer County Saturday night, according to the Mohawk Fire Department. Fire Chief …