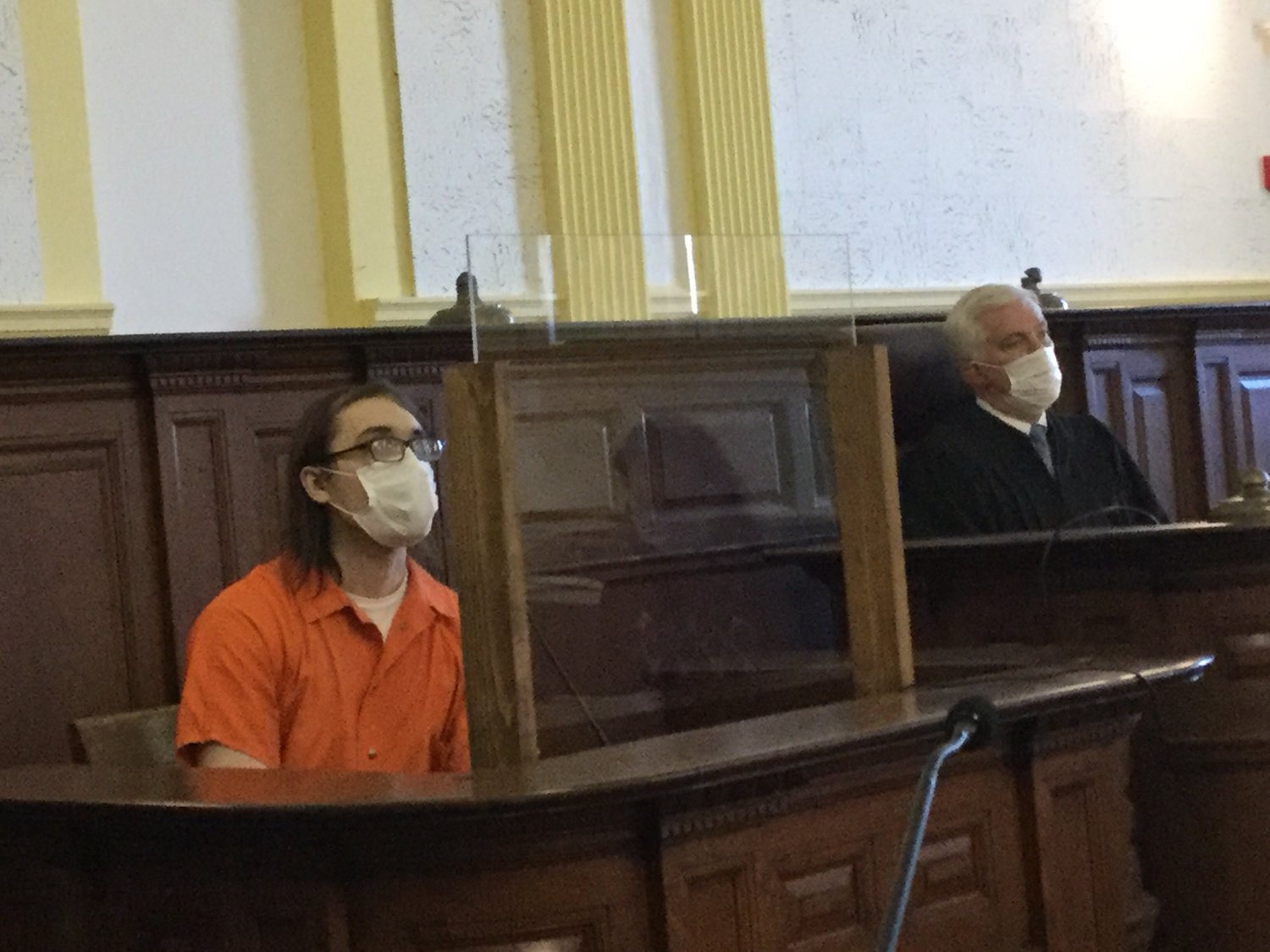 WANTS TO WITHDRAW — Accused killer Brandon A. Clark took the stand in County Court earlier this month to explain why he wants to withdraw his guilty plea in the murder of 17-year-old Bianca Devins in Utica. Clark said his former defense attorney did not do an adequate job — an opinion Clark said he reached only after he pleaded guilty and started researching the law himself.
Posted Wednesday, October 28, 2020 11:52 am
Sean I. Mills
Staff writer
email / twitter

Accused killer Brandon A. Clark will be sentenced next month in the gruesome killing of Utica teenager Bianca Devins after his attempt to withdraw his guilty plea was denied this week.

Sentencing is scheduled for Nov. 10.

Clark, 23, of Cicero, pleaded guilty to second-degree murder in February for killing Devins and posting pictures of her mutilated body on the internet.

He had been due for sentencing in April, but that was adjourned because the courts closed for the COVID-19 pandemic.

At a hearing on the matter on Oct. 14, Clark said he spent time in the library at the county jail reading law books about murder and a possible defense. Clark said this convinced him to try to withdraw his guilty plea and instead take his case to trial. He said at the hearing that his attorneys with the Public Defender’s Office did not do a good enough job regarding the possible defense of extreme emotional disturbance, among other complaints.

Following the hearing, Judge Michael L. Dwyer ruled this week that Clark would not be allowed to withdraw his guilty plea.

“The court determines that defendant’s claim that he asked defense counsel to raise the defense of extreme emotional disturbance and that Attorney (Luke) Nebush refused to do so, is not supported by the record of his plea allocation or by the credible testimony elicited during the hearing,” Dwyer wrote in his decision.

“In this case, defendant has failed to establish that either one of his attorneys made any errors or otherwise performed poorly during their representation of him and that he entered his plea of guilty because of such allegedly poor performance,” Dwyer wrote. “In fact, defendant’s own statements, made under oath at the time of his plea, when considered in conjunction with the credible testimony of both counsel during the hearing, establish that he never expressed any dissatisfaction with the representation he received prior to, or at the time of, his plea.

”A defendant is not entitled, as a matter of right, to the withdrawal of a valid plea of guilty unless he can show ‘some evidence of innocence, fraud, or mistake in inducing the plea’.”

Clark is expected to be sentenced to the maximum sentenced of 25 years to life in state prison.