The city and Rome Area Chamber of Commerce are ready to present the 39th Honor America Days celebration. 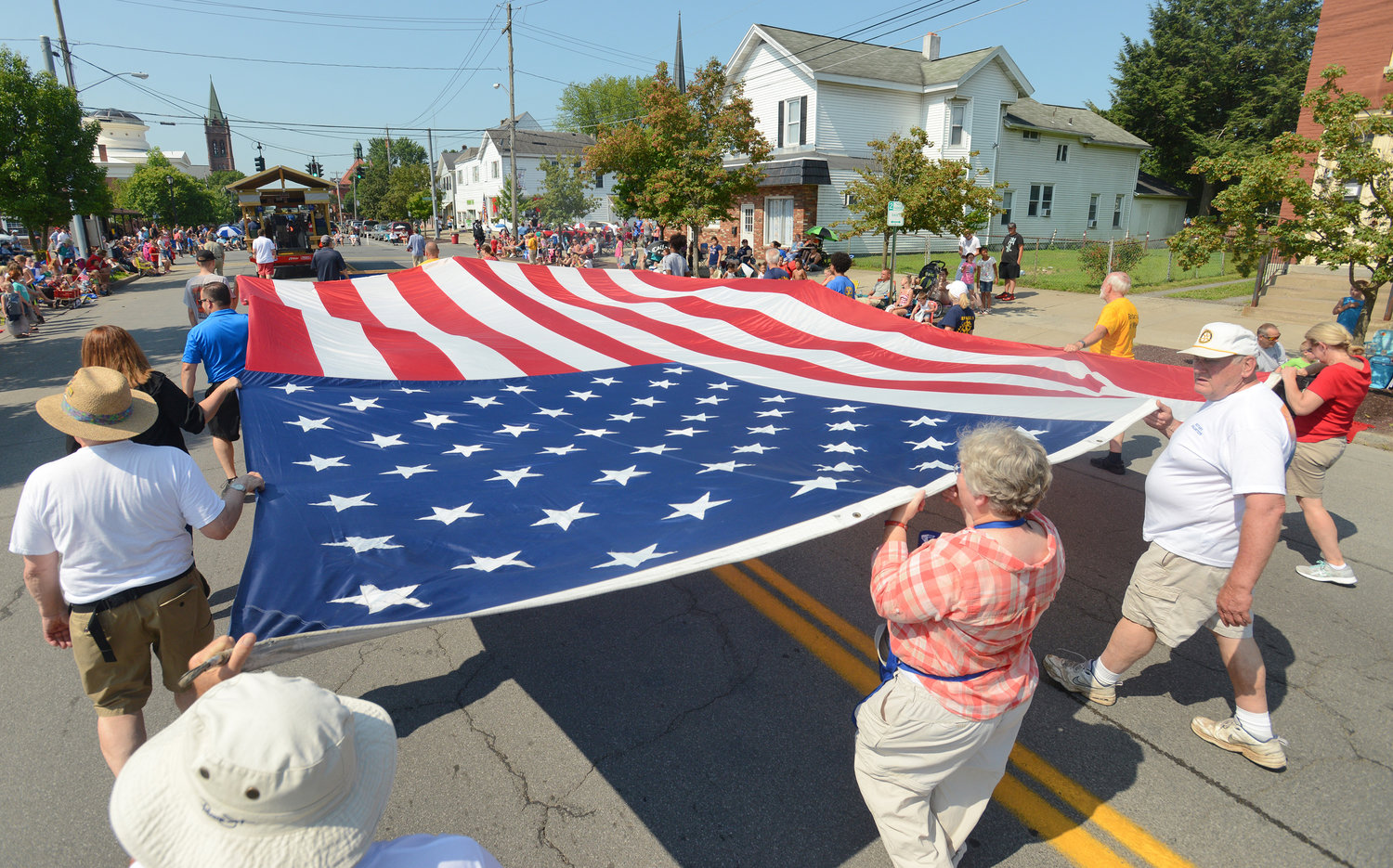 ROME — With the fanfare of marching bands, local businesses and entertainers lining the streets, capped off with a spectacular fireworks display booming overhead to Symphoria’s performance of the “1812 Overture,” the city and Rome Area Chamber of Commerce are ready to present the 39th Honor America Days celebration.

The parade will continue to West Embargo Street, past the reviewing stand at the Veterans of Foreign Wars Post at the corner of North Washington Street, and on to North George Street while continuing to its conclusion in the downtown area.

Dee Swinney and family will be doing the judging for the “Ronald A. Swinney Best In Parade Awards” for first and second place. Additional awards are: Organization, first and second place; Most Interactive with Spectators; Most Inspirational; Best Use of Theme; Most Creative Use of Music and/or Props; Best Costumed; Judges’ Favorite; and HAD Committee Choice.

“We are thrilled to continue our support of this great event honoring America,” said Col. Fred Garcia, commander of the AFRL Information Directorate. “The City of Rome has an incredible history of serving our country; the great people of this community have shown their generosity and support to our people and our mission here at AFRL on many occasions. I’ve been to many places in my career, and I’ve never seen such a high level of support and cooperation as what the area of Rome brings.”

The AFRL military formation will be led by Col. Garcia and by an Air Force Color Guard. It will also showcase some of the technologies from the laboratory, including an autonomous robotic dog and innovative vehicle displays featuring current and emerging capabilities for the USAF Warfighter.

The AFRL formation will be accompanied by members of the Air National Guard and Eastern Air Defense Sector.

Following the parade will be the Honor America Days Carnival from 1 to 5 p.m. Saturday, at Franklyn’s Field, 1106 N. James St. The carnival will feature music, games, inflatable rides and treats like snow cones and cotton candy.

As tradition, Fort Stanwix National Monument will host the Pops Concert on the lawn of the fort, performed by the Symphoria orchestra from Syracuse at 8 p.m. Symphoria will feature conductor Richard Clark and vocalist Jessica Montgomery. Attendees are asked to bring blankets and lawn chairs.

Musical selections are to include patriotic tunes such as the “Star Spangled Banner” and Armed Forces Salute, as well as contemporary pieces like “The Force Awakens,” “Unforgettable,” “Cowboys Overture” and “Skyfall.”

Music following intermission is to include the “Washington Post March,” “Belle of the Ball,” “God Bless America,” “Stars and Stripes Forever” and the famed “1812 Overture” that will be performed during the city’s fireworks display by American Fireworks.

Mayor Jacqueline M. Izzo, also the chairman of the HAD Committee, said earlier this year the city was hoping to make Honor America Days — especially the annual parade — bigger and better than ever before after a two-year hiatus due to the pandemic. And participants have more than met expectations, she said.

“It’s continuing to grow, and we’re still getting entries,” Izzo said. “With a two-year absence, we weren’t sure if the parade would come back, but it’s back in full force and it looks like it will be a beautiful day — a great day for the parade and symphony concert at night.”

The mayor said everything is in place for all the festivities and that HAD is being supported by several sponsors.

As for the musical entertainment supporting this year’s parade, “We didn’t know how much music we’d get, because many bands disbanded during the pandemic, but we have more than enough music,” Izzo beamed. “I think people will have a really nice time, and it will be an enjoyable event all the way around.”

And the new carnival to be held at Franklyn’s Field, “We hope people will take advantage of that,” the mayor said, adding that she hoped it would fill the “lull” between the parade and concert, keeping visitors in Rome. “We try different things each year to add to Honor America Days, and we’re hoping the carnival adds to the event’s success.”