A total of 13 adults and children have been displaced after an apartment fire on East Clark Street Monday evening spread to the whole building and a neighboring home. 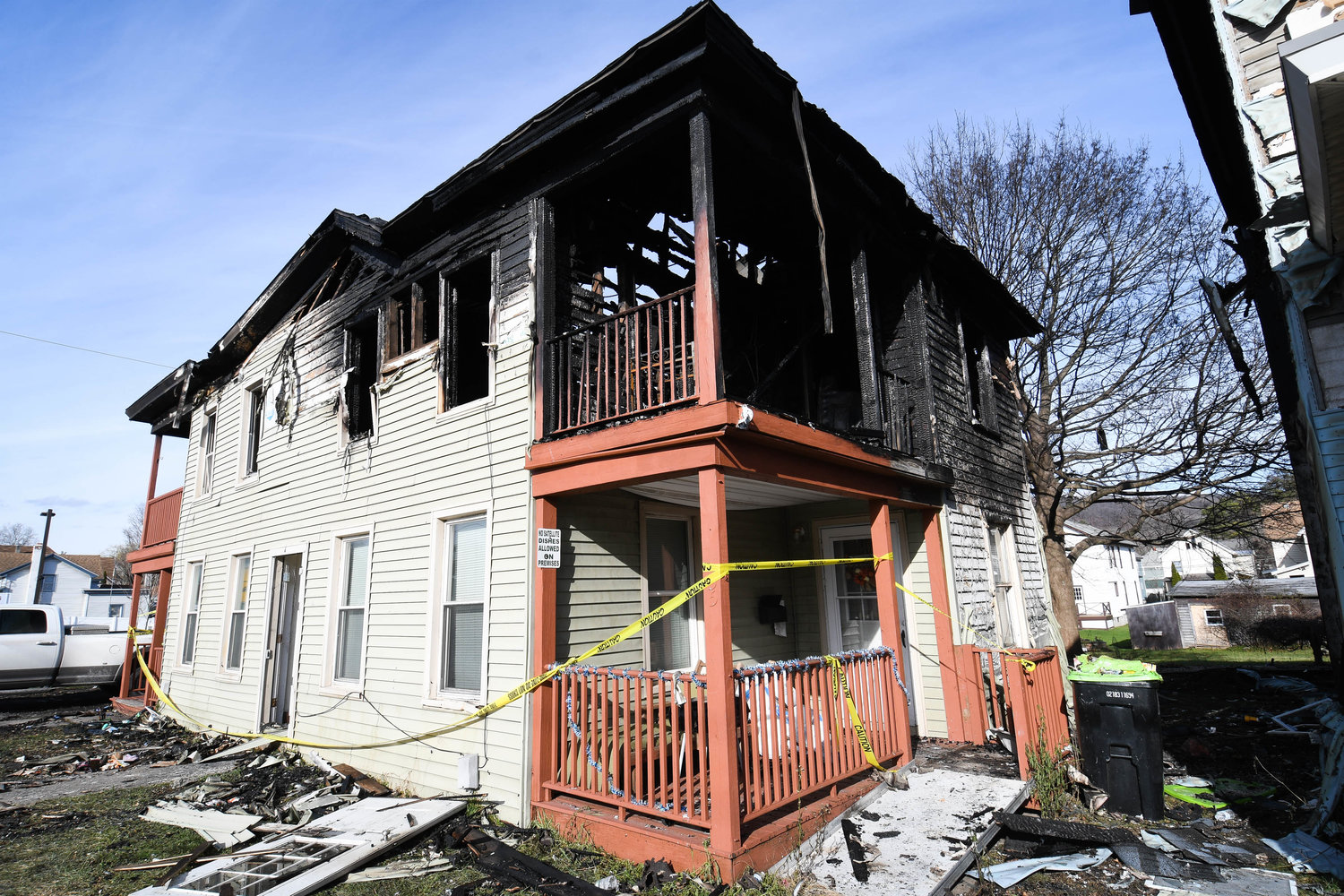 One of two homes heavily damaged by fire on East Clark Street in Ilion Monday evening. A total of 13 people — nine adults and four children — have been displaced from their homes. Fire officials said no one was injured.
(Sentinel photo by Alex Cooper)
Posted Tuesday, November 22, 2022 2:06 pm
Sean I. Mills
Staff writer
email / twitter

ILION — A total of 13 adults and children have been displaced after an apartment fire on East Clark Street Monday evening spread to the whole building and a neighboring home, according to the Ilion Fire Department.

No one was injured, authorities said. The cause remains under investigation.

"It started at the first location, a four-unit apartment building," said Ilion Deputy Fire Chief Andrew Monahan. "Then it spread to a single-family residence."

Monahan said the fire started in a second-floor apartment sometime Monday afternoon, though no one was home to see the fire. By the time it was discovered shortly after 5 p.m., the deputy chief said it had been burning for some time and had already started to spread.

The deputy chief said all residents escaped both buildings without injury. A total of nine adults and four children live between the two buildings, he noted. No firefighters were injured.

The heavy wind was blamed for causing the flames to jump from one building to the next, the deputy chief stated. Crews used three hydrants in the area and launched two interior attacks, especially after initial reports suggested someone might still be trapped inside.

The chief said both buildings were searched and no one was found. The crews in the apartment building were eventually forced to pull back after conditions inside the building deteriorated, while the crews at the single-family residence maintained their interior attack.

At the apartment building, the deputy chief said they launched surround and drown procedures, knocking down the bulk of the flames before they finished it off inside.

The fire took about an hour to an hour and a half before it was under control, Deputy Chief Monahan stated.

"There was heavy damage to both," he said, adding that both properties are insured.

The American Red Cross was called to the scene and they said they are assisting all 13 displaced residents with food, shelter and clothing.